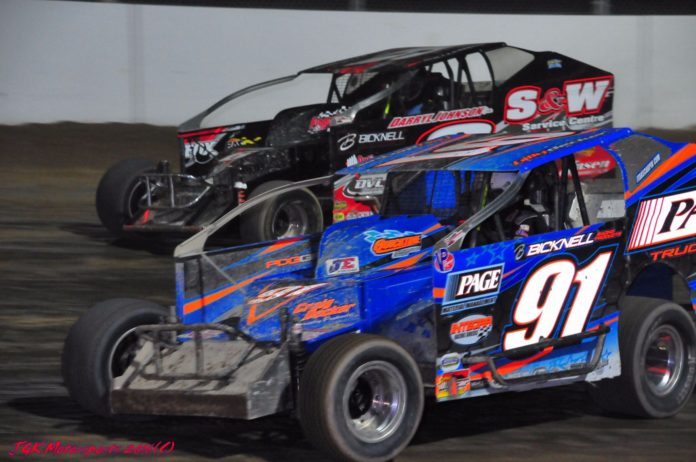 WEEDSPORT, NY – In just under two weeks Weedsport Speedway will roar to life for the first time this season with an open practice session scheduled for Sunday, April 30 at 2 p.m.
The open practice is available to all dirt track racing divisions, not just those competing during Weedsport’s 2017 calendar of events, as long as cars meet the minimum safety requirements.

Pit and grandstand gates will open at noon on April 30 with grandstand admission free to spectators.

Pit admission will be set at $20 for the day.

Concession stands will be open for the afternoon for fans to enjoy while watching cars in action.


The open practice session will serve as a perfect setting to get settled back in and prepare for an exciting 2017 racing calendar that will get the green flag during the month of May.
Weedsport Speedway will officially open the 2017 season with a double header on May 21 and May 22.