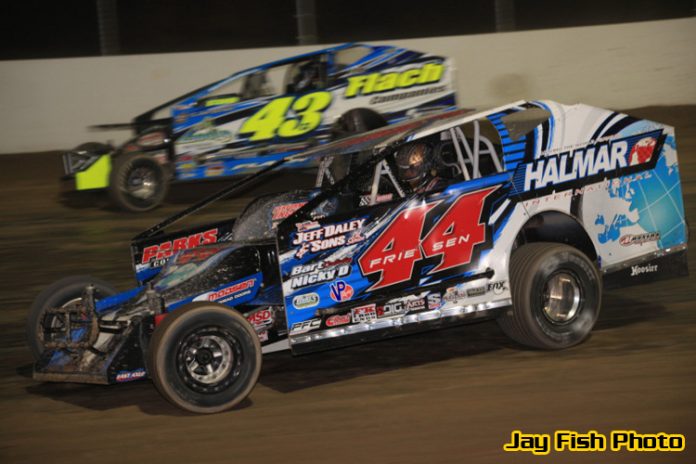 WEEDSPORT, NY – Weedsport Speedway and Weedsport Productions officials are proud to announce that a total of six events from The Port will be taped for broadcast nationally on Suzuki presents SPEED SPORT and MAVTV beginning with the May 22 running of ‘Big Block Monday’ presented by Big Dog Country 103.5 FM for the Super DIRTcar Series Big Block Modifieds.

All six events will be shot, edited, and post produced in their entirety by the Weedsport Productions team in Central New York.

“Bringing northeast Modified and Sprint Car racing to a larger audience has always been one of our goals at Weedsport Speedway,” said Weedsport Speedway promoter, Jimmy Phelps.  “We are honored to have built a fantastic partnership with SPEED SPORT and MAVTV and are excited to bring our Weedsport Productions team into the mix to produce these shows.”


“SPEED SPORT is proud to expand our relationship with Weedsport Speedway and Weedsport Productions for 2017,” said Tripp.  “This year, as part of our Suzuki Presents SPEED SPORT series on MAVTV, we will be delivering 6 exciting events to a prime-time national television audience.  The races we showcased from the venue in 2016 were some of the most competitive we saw all year, and as a result we simply wanted more. Weedsport Speedway has certainly positioned itself as one of the country’s premier racing facilities and ideally suited for our mission of showcasing the very best of what American grass-roots racing has to offer.”

The voice of northeast Modified racing, Shane Andrews, will host the one hour broadcasts on SPEED SPORT and MAVTV with former pit reporter Dan Kapuscinski making the move to the broadcast booth to serve as the color commentator alongside Andrews.

Air dates for all six programs will be announced as they become available.

Promotional opportunities are available within each of the Weedsport Speedway broadcasts in 2017.  Those interested in a deck of opportunities are asked to please call (315) 834-3067 or e-mail Tana Robinson at tana@weedsportspeedway.com.

Weedsport’s ‘Big Block Monday’ on May 22 is just half of a back-to-back opener.

The event will mark the first stop of the season for the Outlaws to New York State.

Racing will take the green flag each night at 7 p.m.

Events to be Taped for Suzuki presents SPEED SPORT on MAVTV: