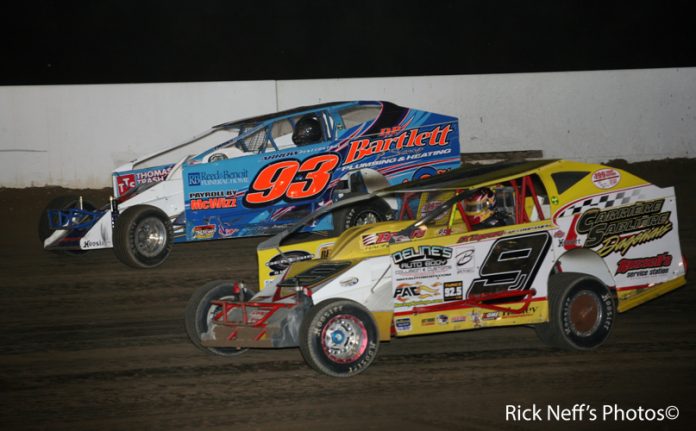 WEEDSPORT, NY – The second major weekend of action on Weedsport Speedway’s 2017 racing schedule will pit Big Block and Small Block Modifieds against one another in the Big Block/Small Block Challenge at The Port on Sunday, June 4.

Paying $3,000 to the winner, the 50-lap challenge event will be the featured main event on the night’s racing card accompanied by the always exciting Beyea Custom Headers Sportsman Shootout Series.

Racing will begin at 6 p.m.

“Historically Weedsport has been the great equalizer when it comes to matching Big Blocks and Small Blocks together,” said Weedsport Speedway promoter, Jimmy Phelps. “The slick 3/8 mile has its challenges, but needing big horsepower is not one of them. We really want the Modifieds to have the opportunity to come to Weedsport with no point picture, no series implications, and no real clear cut “better Mousetrap” and have some fun. We hope the Big Block/Small Block challenge will bring some fresh faces and some great talent, and we are all excited to see it unfold.”

Racing begins each night at 7 p.m. Tickets are available on www.weedsportspeedway.com.