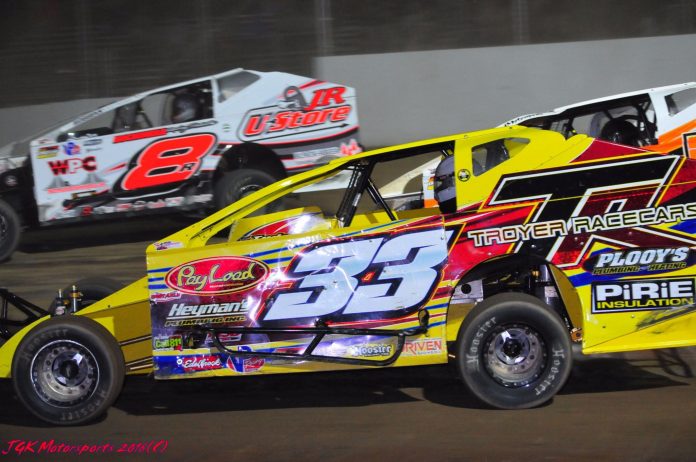 All six events will be shot, edited, and post produced in their entirety by the Weedsport Productions team in Central New York.

“We are appreciative of the team at SPEED SPORT and MAVTV to work with us and include the Big Block/Small Block Challenge in the television lineup for this season,” said Weedsport Speedway promoter, Jimmy Phelps. “It is unfortunate we had to postpone the Super DIRTcar Series event last week, but we are confident that the top names in Big Block and 358 Modified racing will be at The Port on June 4, especially now that we can provide them with national TV coverage.”

The voice of northeast Modified racing, Shane Andrews, will host the one hour broadcasts on SPEED SPORT and MAVTV with former pit reporter Dan Kapuscinski making the move to the broadcast booth to serve as the color commentator alongside Andrews.
Long-time northeast announcer Rich Vleck will move to pit lane full-time for Weedsport coverage.
Air dates for all six programs will be announced as they become available.
Promotional opportunities are available within each of the Weedsport Speedway broadcasts in 2017. Those interested in a deck of opportunities are asked to please call (315) 834-3067 or e-mail Tana Robinson at tana@weedsportspeedway.com.
The Big Block/Small Block Challenge will be joined by the Beyea Custom Headers Sportsman Shootout Series on June 4.
The Sportsman portion of the program will also be filmed for air on the Speedway Showcase airing on Spectrum Sports.
Tickets for the Big Block/Small Block Challenge can be purchased online at www.showclix.com. Grandstands will open on June 4 at 4 p.m. with racing set for 6 p.m.