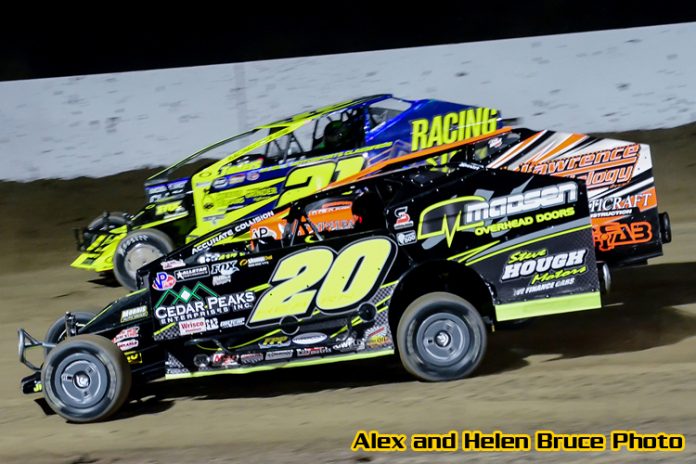 Among the drivers looking to claim the $3,000 top prize on Sunday is Modified legend Brett Hearn.

Hearn, who was fully prepared to take on the Weedsport oval back on May 22 with the Super DIRTcar Series Big Block Modifieds, is ready to return this Sunday to Weedsport and claim the winner’s share of the night’s purse.

Having entered 13 races so far this season, Hearn has visited victory lane four times to this point in the year, most recently at Lebanon Valley Speedway on May 27.  The victory was Hearn’s 897th career win leaving the potential for win number 900 on June 4 at Weedsport, should Hearn manage to find victory lane at both Albany Saratoga on Friday and yet again at Lebanon Valley on Saturday.

The eight-time Super DIRTcar Series champion will have to go up against a host of other top shoes at Weedsport however, in order to find his way to Victory Hill.


One of those drivers is western New York’s Erick Rudolph, who will once again pilot his own Mohawk Northeast No. 25 machine on Sunday at The Port.

Joining the Big Block/Small Block Challenge will be the opening round of the Beyea Custom Headers Sportsman Shootout Series, as the Sportsman racers begin their battle for the track championship.

Pit gates will open on Sunday at 3 p.m. with grandstand gates opening at 4 p.m.

Hot laps will get underway at 5:30 p.m. with opening ceremonies set for 6 p.m.