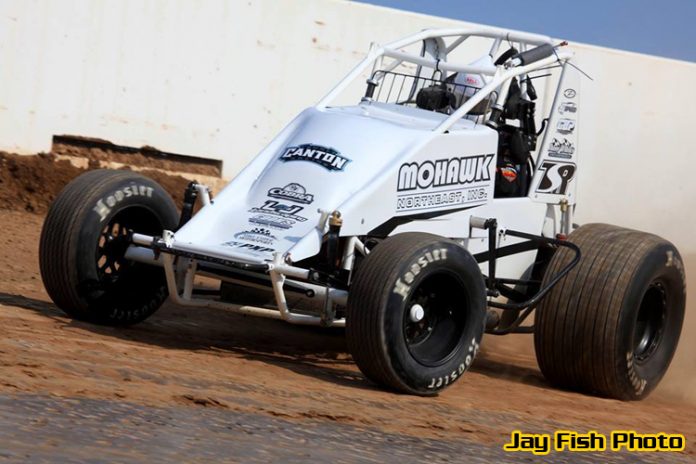 WEEDSPORT, NY – Central New York race fans will be served a treat on Sunday at Weedsport Speedway as the ESS and URC will combine for the $5,000 to win Ultimate Wingless Shootout presented by Big Dog Country 103.5 FM, bringing the best 360 Sprint Car racers in the area together for a special non-wing event on the unique 3/8 mile.
A non-wing test session was held at Weedsport back in late April with racers Chuck and Kelly Hebing and Erik Karlsen taking laps. The sessions provided insight into the exciting action that fans will take in this weekend.

Couple the unique nature of the event, with the fact that Weedsport has yet to get a show in to this point due to Mother Nature, and Sunday should prove to be a fantastic night of racing.

“We’ve been looking forward to this race since it was announced,” said Weedsport Speedway promoter, Jimmy Phelps. “We look forward to it even more now that we haven’t seen a full night of racing to this point. Sunday will make for one of the most unique season opening events in Weedsport’s history. We’re thankful for the collaboration and work that the ESS and URC has put in, and we can’t wait to finally see a great field of non-wing sprinters at The Port.”

Local Modified standout Larry Wight tested recently at Fulton Speedway with his No. 99L non-wing sprinter is in anticipation of Sunday’s show.

For Sunday’s non-wing event Wolfe will drive the Allebach Racing No. 5W, which most fans will recognize from his World of Outlaws days on the road.

In 360 sprint action Wolfe most recently finished sixth at Williams Grove Speedway with the No. 5W on June 2 with the URC, and earlier in the year picked up a Twin 20 victory at Utica-Rome Speedway on April 23 with the ESS.

Pit gates will open at 4 p.m. on Sunday with grandstand gates opening at 5 p.m. Qualifying will begin at 6:40 p.m. with opening ceremonies set for 7 p.m. 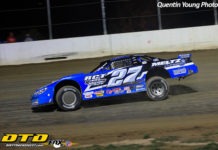