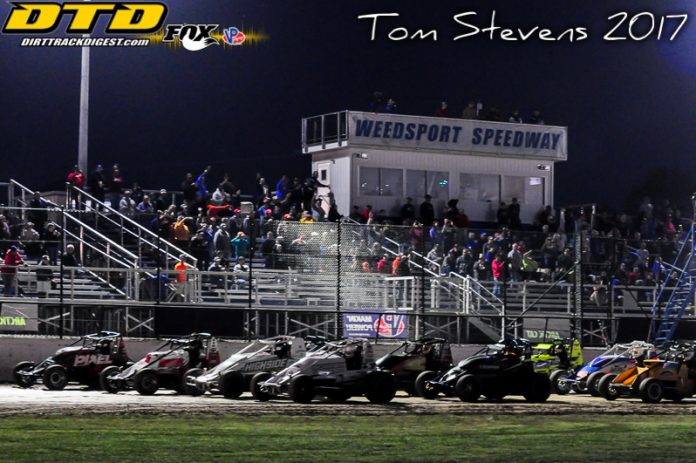 The 60-minute broadcast will feature the first ever non-wing 360 sprint car event to be held at the famed Weedsport Speedway.

“Our wingless show with the ESS and the URC was everything we could have hoped for,” said Weedsport Speedway promoter, Jimmy Phelps. “We’re happy to be able to bring this event to race fans all across the country on national television thanks to our great partnership with SPEED SPORT. Our Weedsport Productions team put in a tremendous effort. This is only the beginning.”

Shane Andrews, the longtime voice of northeast Modified racing, will host the broadcast with former dirt and asphalt racer Dan Kapuscinski joining Andrews in the booth with color commentary.

Rich Vleck will handle pit road duties for the show, which will see 24 wingless 360 sprinters in action racing for $5,000 to win.