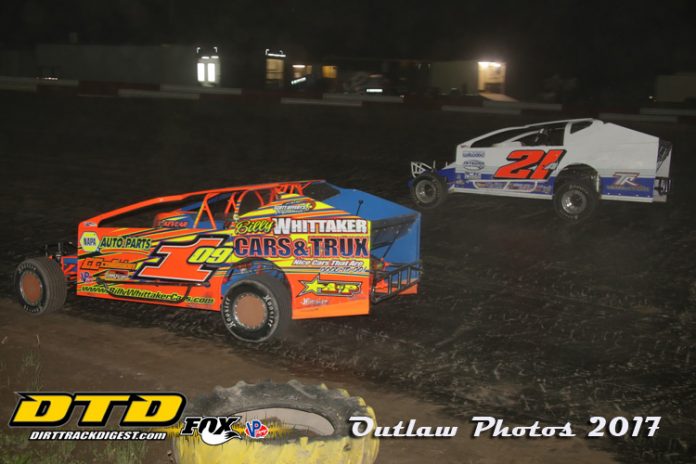 WEEDSPORT, NY – Weedsport Speedway is proud to partner with Billy Whittaker Cars & Trux, located at 309 US Route 11 in Central Square, this Saturday, July 8 to offer fans an opportunity to win free swag and Hall of Fame 100 race tickets from 11 a.m. to 1 p.m.

Billy Whittaker’s own Super DIRTcar Series Big Block Modified will also be on display. As of Thursday, July 6, Whittaker sits 13th in the overall series standings.

A live radio remote will also be part of the afternoon with WSEN on hand offering fans an opportunity to sign up for a chance to win a free pair of general admission tickets to the Tuesday, July 11 Hall of Fame 100 at Weedsport.


Tuesday’s Hall of Fame 100 will be the first stop of the season for the Super DIRTcar Series Big Block Modifieds to The Port in 2017.

Last year’s Hall of Fame 100 champion Gary Tomkins is primed and ready to defend his title against the best in the business including Billy Decker, Stewart Friesen, Brett Hearn, and more.

Joining the Super DIRTcar Series Big Blocks on July 11 will be the future drivers of the sport in the Beyea Custom Headers Sportsman Shootout Series.

Making for a three-division lineup on July 11 will be the Vintage Antique Stock Car club. As a tribute to Hall of Fame weekend, these throwback machines of yesteryear will take on the 3/8 mile to give fans a taste of racing’s past at Weedsport.

Pit gates will open at 4 p.m. on July 11 with grandstand gates opening at 5 p.m. and a driver autograph session planned for 5:15 p.m. Qualifying will hit the Speedway at 6:40 p.m. with opening ceremonies set for 7 p.m.

For a full 2017 Weedsport Speedway schedule and detailed information on the Hall of Fame 100 be sure to visit online at www.weedsportspeedway.com. Fans can also FOLLOW on Twitter @WeedsportSpdwy and LIKE on Facebook at www.facebook.com/weedsportspeedway.