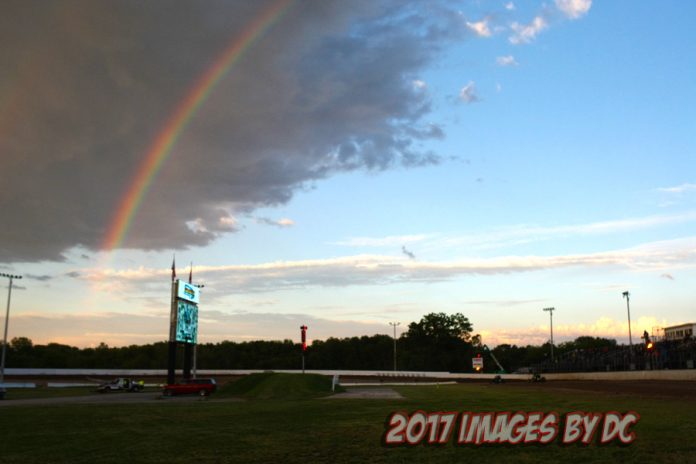 WEEDSPORT, NY – Weedsport Speedway will be featured on News Channel 9’s Bridge Street this Friday morning at 10 a.m. in the Syracuse area.

Hosted by Sistina Giordano and TeNesha Murphy, Bridge Street will bring viewers an inside look into Weedsport Speedway as both an auto racing and entertainment venue, while giving a sneak peek into this Sunday’s ESS Sprint Car Legends Reunion at The Port, featuring both the Empire Super Sprints and the Beyea Custom Headers Sportsman Shootout Series.

“We’re looking forward to this Sunday’s event at Weedsport and are excited to be able to share that enthusiasm on Bridge Street this Friday morning,” said Weedsport Speedway Promoter, Jimmy Phelps.

Those unable to tune into Bridge Street on Friday will be able to view the segment online at a later day by visiting www.localsyr.com.

Pit gates will open at 4 p.m. on Sunday for the ESS Sprint Car Legends Reunion with grandstand gates opening at 5 p.m. Qualifying will hit the Speedway at 6:40 p.m. with opening ceremonies set for 7 p.m.


General admission seating is available on August 13 for only $15. Students 11-17 will be admitted for $5 with kids 10 and under FREE.

For a full 2017 Weedsport Speedway schedule and detailed information on the ESS Legends Reunion be sure to visit online at www.weedsportspeedway.com. Fans can also FOLLOW on Twitter @WeedsportSpdwy and LIKE on Facebook at www.facebook.com/weedsportspeedway.