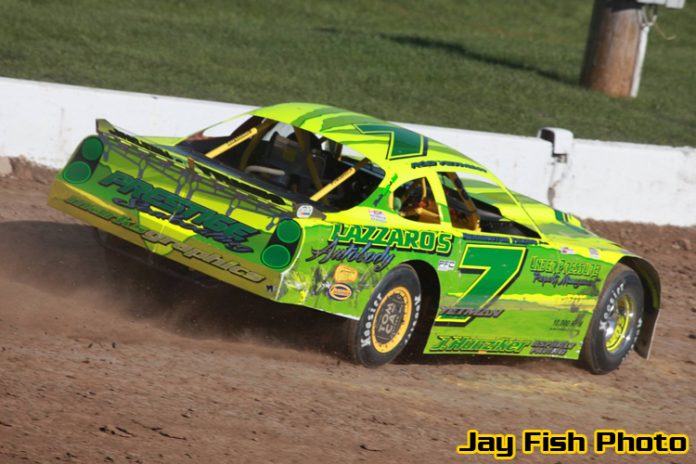 WEEDSPORT, NY – The addition of the ultra-competitive DIRTcar Pro Stock Series will make for an action packed three division card of action at Weedsport Speedway on Monday, September 4 as a part of the Labor Day Double Play presented by Parts Plus and powered by Wix Filters.

Weedsport will be the 7th stop of the season for the DIRTcar Pro Stock tour, which is currently lead by veteran Rob Yetman.

Yetman has scored three wins this season at Granby, Albany-Saratoga, and Cornwall and leads the tour standings by 186-points over Dan Older. With top five finishes in all of the DIRTcar Pro Stock events this season, Yetman will be the odds-on favorite at The Port on September 4 behind the wheel of the No. 7.

While Older does not have a victory this season driving the No. 97, two top five finishes and four top ten runs in six starts have him sitting comfortably in the runner-up position ahead of Jocelyn Roy.

Roy is one of three drivers other than Yetman that have scored wins this season along with Robbie Speed and Steven LaRochelle.

One driver looking to make his mark on September 4 is Mike Welch in the No. 00.

Welch has only one start this season on the DIRTcar Pro Stock schedule, but is a former stock car track champion at Weedsport and has a plethora of winning experience in the Central New York area.

Couple Welch and other CNY runners with the regulars of the DIRTcar Pro Stock tour, and you have a formidable roster ready to tackle the unique 3/8 mile on September 4 along with the Super DIRTcar Series Big Blocks and the winged 360 sprinters.

Pit gates will open at 3 p.m. on September 4 with grandstand gates opening at 4 p.m. Qualifying will hit the Speedway at 5:40 p.m. with opening ceremonies set for 6 p.m.

For a full 2017 Weedsport Speedway schedule and detailed information on the ‘Labor Day Double Play’ be sure to visit online at www.weedsportspeedway.com. Fans can also FOLLOW on Twitter @WeedsportSpdwy and LIKE on Facebook at www.facebook.com/weedsportspeedway.