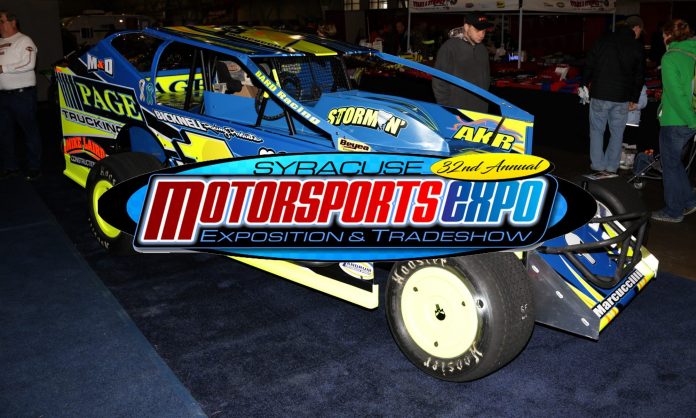 WEEDSPORT, NY – Weedsport Speedway’s 2018 season gets underway over the course of the following two weekends as The Port will be a part of Finger Lakes Speed World in Auburn, NY on March 3-4 as well as the Syracuse Motorsports Expo at the New York State Fairgrounds on March 10-11.

Held at the Finger Lakes Mall on Clark Street Rd. in Auburn, Finger Lakes Speed World offers free admission for guests with plenty of entertainment and fun for all ages beginning Saturday, March 3.

Weedsport Speedway schedule cards will be available at Speed World along with an opportunity to win a free seat to Weedsport Speedway’s season opening Ice Breaker 50 for the DIRTcar Big Block Modifieds on Sunday, May 20.

The Weedsport Speedway display at the Syracuse Motorsports Expo will be a sight to see with race cars on hand as well as the popular plinko game with prizes, hot off the press schedules and the Weedsport Productions truck with interview stage and green screen.
More information will be available soon on the interactive opportunities that will be available as a part of the weekend.


Interested in seeing your company listed in our press releases? Be sure to call Tana at the Weedsport Speedway office at (315) 834-3067 for sponsorship and advertising information.