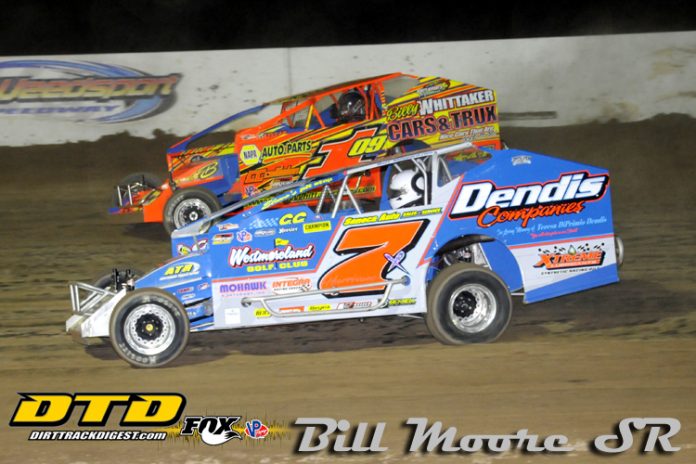 WEEDSPORT, NY – Billy Whittaker Cars & Trux is set to be a part of the broadcast of the Super DIRTcar Series Hall of Fame 100 at Weedsport Speedway, which will be run as a part of Hall of Fame Weekend on Saturday, July 28.

The Hall of Fame 100, presented by Beam Mack Sales & Service, will be one of six national television broadcasts from Weedsport Speedway in 2018 with partners Weedsport Productions, SPEED SPORT and MAVTV.

With weekly pricing, one-hour delivery, :40-second financing and a tremendous selection of vehicles from Chrysler, Ford, Hyundai, Chevy and more; Billy Whittaker Cars & Trux provides superior support and service to help you get in a nice car that you can afford.
For more information on Billy Whittaker Cars & Trux call (315) 668-CARS or visit online at www.billywhittakercars.com.