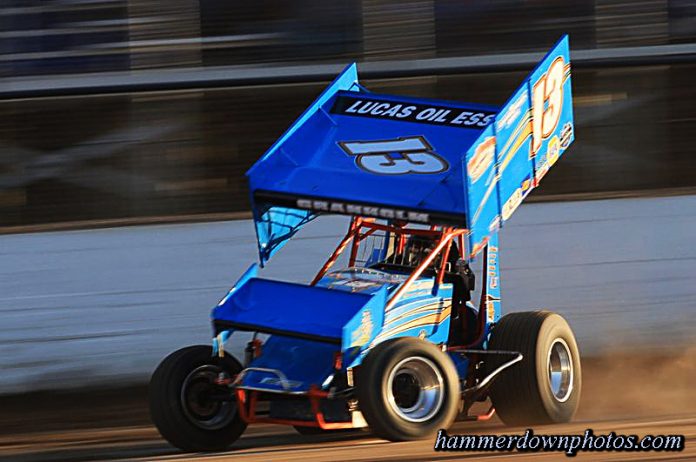 WEEDSPORT, NY – The sights, sounds and smells of racing season will officially hit Weedsport Speedway on Sunday, May 6 for The Port’s annual test and tune session, beginning at 2 p.m.

The day will also include another LIVE edition of Off Track TV, which will get fans up to speed on recent events in the dirt track world, while covering the action taking place during track testing. Stay tuned to www.weedsportspeedway.com and www.offtracktv.com for more information on this episode in the coming days.

The May 6 test and tune is available to all dirt track racing divisions, not just those competing during Weedsport’s 2018 calendar of events, as long as cars meet the minimum safety requirements.

Pit and grandstand gates will open at noon on May 6 with grandstand admission free to spectators.

Concession stands will be open for the afternoon for fans to enjoy while watching cars in action as they get their first look at the new Weedsport Speedway clay.

The test and tune session will serve as a perfect setting to get settled back in and prepare for an exciting 2018 racing calendar that will get the green flag during the month of May.
The first racing action of the season will take place on Sunday, May 20 with the Ice Breaker 50 presented by WACK 1420am, featuring the DIRTcar Big Block Modifieds, the Spano Container Sportsman Shootout Series and the NY6A Microsprint Tour.

Interested in seeing your company listed in our press releases? Be sure to call Tana at the Weedsport Speedway office at (315) 834-3067 for sponsorship and advertising information.
For more information on Weedsport Speedway, visit online at www.weedsportspeedway.com, follow on Twitter @WeedsportSpdwy and LIKE on Facebook.