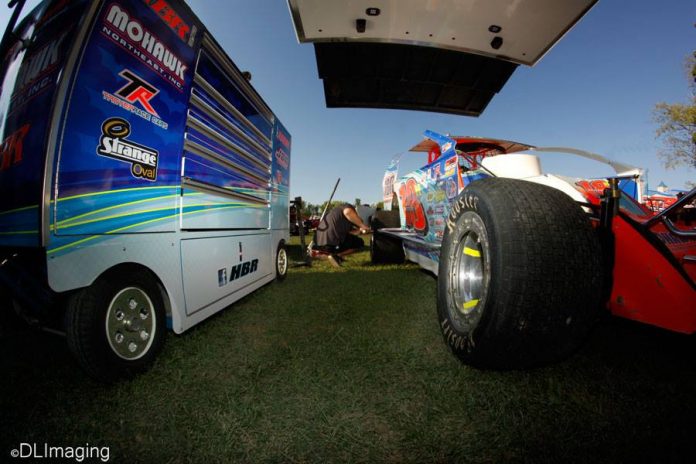 WEEDSPORT, NY – Fan, racers and partners from around the region have marked Weedsport Speedway’s Hall of Fame Weekend on their calendars, with Senior Services Inc. the latest to join the partner lineup on July 28-29.

Founded in 1992 by Kevin and Jayne Bowman, Senior Services Inc. is a family owned business focused on the Medicare Insurance market.

The Hall of Fame 100 for the SDS Big Blocks will be a part of the recently announced Super DIRT Week qualifying trail, highlighted with six overall events.


Weedsport Speedway will play a key role in that qualifier series with the first, third, and sixth events on the card including the May 28 Heroes Remembered 100 and the September 3 Labor Day 100.

Don’t forget, Hall of Fame Weekend officially opens at Weedsport Speedway with the Northeast DIRT Modified Hall of Fame inductions taking place on Thursday, July 26. For more information visit www.dirthalloffameandmuseum.com.
Interested in seeing your company listed in our press releases? Be sure to call Tana at the Weedsport Speedway office at (315) 834-3067 for sponsorship and advertising information.
For more information on Weedsport Speedway, visit online at www.weedsportspeedway.com, follow on Twitter @WeedsportSpdwy and LIKE on Facebook.
About Weedsport Speedway: Purchased in 2013 by Al Heinke, Weedsport Speedway has returned to a real racers track, providing a complete venue for racers, their families and friends, and for the fans looking for motorsports entertainment. Officially opened for the first time on July 24, 1955 – the Weedsport Speedway 3/8 mile dirt oval has produced a legendary list of drivers and champions including Will Cagle, Danny Johnson, Bob McCreadie, Alan Johnson, Jack Johnson, and Dave Lape to name a few. Today the facility welcomes the best of the best in dirt short track racing from the Craftsman World of Outlaws Sprint Car Series and the USAC National Sprint Cars, to the Super DIRTcar Series Big Block Modifieds along with the DIRTcar 358-Modifieds, Sportsman, Pro Stocks, and more. While racing entertainment is the focal point, Weedsport Speedway has gone the extra mile in welcoming Weedsport Productions, which brings the facility full circle with a dedicated digital entertainment team for web, television, and on site screen usage.