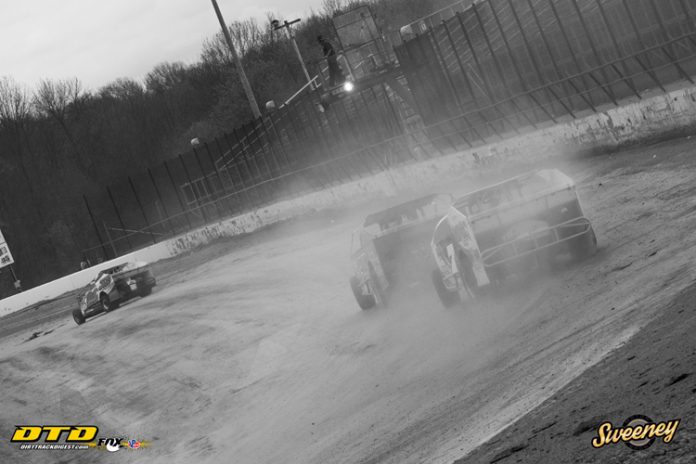 WEEDSPORT, NY – Weedsport Speedway’s 2018 season will open in star studded fashion on Sunday, May 20 as some of the best drivers in the world of Big Block Modified racing are set to converge on The Port for the Ice Breaker 50 presented by WACK 1420AM.

The May 20 Ice Breaker will open consecutive weeks of Big Block racing at Weedsport with the Super DIRTcar Series Big Block Modifieds making their first stop in the northeast on Monday, May 28 for the Heroes Remembered 100 presented by DC Rauscher.

This schedule alignment makes the $3,000 to win Ice Breaker a perfect event for Big Block drivers and teams to get dialed in for the $7,500 to win 100-lapper just one week later.
Among the headliners to attend Weedsport on May 20 is defending Super DIRTcar Series champion, Matt Sheppard.

Sheppard is off to a hot start in 2018 with a win at Volusia in February, back-to-back wins to open the season at Outlaw Speedway and a season opening triumph at Land of Legends Raceway. The driver of the No. 9S now looks to hold form and conquer The Port in its first race of the season.

Phelps and McLaughlin each have six starts so far this season, with top five finishes to their credit. McLaughlin snagged a third at Volusia in February with Phelps taking fourth in the Land of Legends opener on May 5.

Fuller recently reached victory lane at Fonda Speedway topping the red-hot Stewart Friesen for his first win of the season.

While not a weekly competitor on the Super DIRTcar Series recently, veteran Gary Tomkins will also be in action on May 20 looking to add yet another Weedsport Big Block win to his list of accolades in the No. 84.

Like Tomkins, Erick Rudolph is a recent Weedsport Modified winner and has also declared his intentions to take part in the Ice Breaker ahead of the lucrative Heroes Remembered 100 on May 28.

Justin Haers has won eight career Modified mains at Weedsport and is off to a fast start in 2018. Haers has two top five finishes in five starts this season and will bring his No. 3 machine to The Port on May 20.

With the special event feel that Weedsport always provides, other top shoes such as Chris Hile, Matt Hulsizer, Ryan Bartlett and more are all expected to join the field to get the 2018 season started off in fantastic fashion.

The Ice Breaker 50 presented by WACK 1420AM will not only feature the DIRTcar Big Block Modifieds, but also the Spano Container Sportsman and the NY6A Microsprints.

Pit gates will open at 3 p.m. on May 20 with the grandstands opening at 4 p.m. and racing taking the green flag at 6 p.m.

Only general admission seating will be available with adult pricing set at $20. Kids 11-17 will be admitted for $8 with kids 10 and under free. Pit admission is $30 for members and $35 for non-members.

Interested in seeing your company listed in our press releases? Be sure to call Tana at the Weedsport Speedway office at (315) 834-3067 for sponsorship and advertising information.
For more information on Weedsport Speedway, visit online at www.weedsportspeedway.com, follow on Twitter @WeedsportSpdwy and LIKE on Facebook.