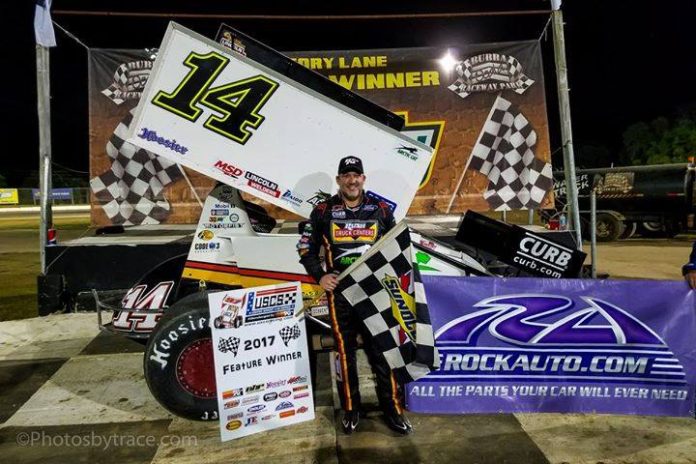 WEEDSPORT, NY – Motorsports legend Tony Stewart is set to return to Weedsport Speedway for the first time since 2010 to compete with his own Arctic Cat All-Star Circuit of Champions 410 Sprint Car Series on Sunday, June 10 presented by Big Dog Country 103.5 FM.

This season’s All-Star Circuit of Champions lineup features one of the best rosters in series history, as 20 total full-time competitors will chase the $50,000 season championship with 49-point events across eight states.

“I’m really looking forward to next weekend and competing at Weedsport Speedway,” said Stewart. “I’m really proud of our Series and excited to be able to compete against Chad (Kemenah), Dave (Blaney), Jac (Haudenschild), Aaron (Reutzal), Carson (Macedo), Paul (McMahan) and all the full time All Stars. We’ve got some great talent with us this year; I’m hoping I can challenge these guys for win next Sunday night.”

“My TSR team has told me that facility is even better now and Jim (Phelps) and his team do a great job up there. We’ll definitely put a show on for the fans that come out,” said Stewart.

Weedsport Speedway promoter Jimmy Phelps is excited to have ‘Smoke’ in the house since Weedsport began its facelift in 2013.

“As a driver and promoter I am so impressed with all that Tony has done at Eldora Speedway,” said Phelps. “With that said, I am very excited to have Tony back on our grounds after eight years and am interested to get his thoughts and feedback on where we have come as a facility. It is going to be a fantastic weekend with 410s and Big Blocks at The Port.”

To learn more about the Arctic Cat All-Star Circuit of Champions visit online at www.allstarsprint.com.

The DIRTcar Big Block Modifieds will take on Weedsport as well in a 40-lap, $2,500 to win special, making for a two-division program on June 10.

Pit gates will open on June 10 at 3 p.m. with grandstand gates opening at 4 p.m. Racing will take the green flag at 6 p.m.

Reserved seating can be purchased ahead of the event through www.weedsportspeedway.com or at the Speedway. Reserved tickets are $29 and include a free fan pit pass if purchased before June 4.

Pit admission will be $30 for members and $35 for non-members.
All- new camping is also available at www.weedsportspeedway.com.

Just over one week later the USAC National Sprint Car tour will make its highly anticipated first visit to The Port for their Thunder on the Erie special on Tuesday, June 19 at 7 p.m.
Interested in seeing your company listed in our press releases? Be sure to call Tana at the Weedsport Speedway office at (315) 834-3067 for sponsorship and advertising information.