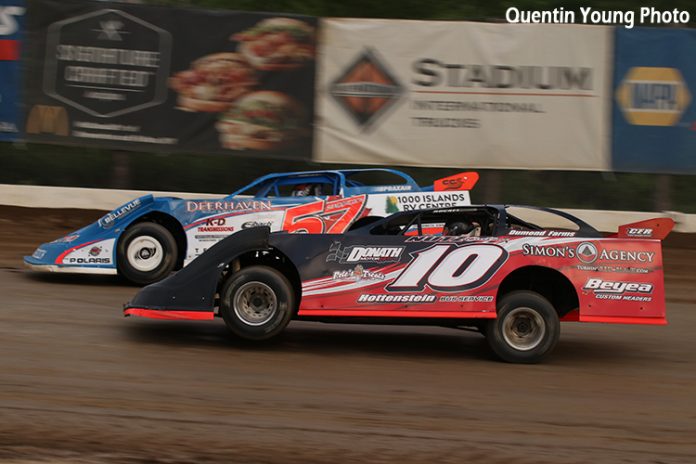 WEEDSPORT, NY – The RUSH Dirt Late Model Series will take on Weedsport Speedway for the first time on Tuesday, July 3 as a part of the 5th annual Sportsman Classic, presented by Industrial Tire of CNY and powered by Stirling Lubricants.

The RUSH Dirt Late Model main event will also be broadcast on MAVTV’s SPEED SPORT later this summer and pays $2,000 to win.

“We’re excited to have the RUSH Dirt Late Models as a part of our Sportsman Classic program,” said Weedsport Speedway promoter, Jimmy Phelps. “The series provides fantastic action and it will fit perfectly alongside our DIRTcar Sportsman and the NY6A Microsprints. Join that with the opportunity to put the Late Models on national TV through Weedsport Productions and it is shaping up to be a great day on July 3.”

The tour most recently made a stop at Tr-City Speedway in Franklin, PA with Brady Wonderling capturing he checkered flag over Genco, Jeremy Wonderling, JJ Mazur and Ferri.

RUSH sanctions local speedways such as Fulton, Genesee and Outlaw Speedways which could set-up one fantastic field of late model competitors at Weedsport on July 3.
An all-new alphabet soup format for the Sportsman Classic 75 will add a bit of intrigue to the overall event.

Included in the night’s schedule will also be the NY6A 600cc Microsprints. A huge fireworks display will cap off the Independence Day holiday for fans in attendance. 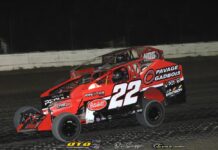