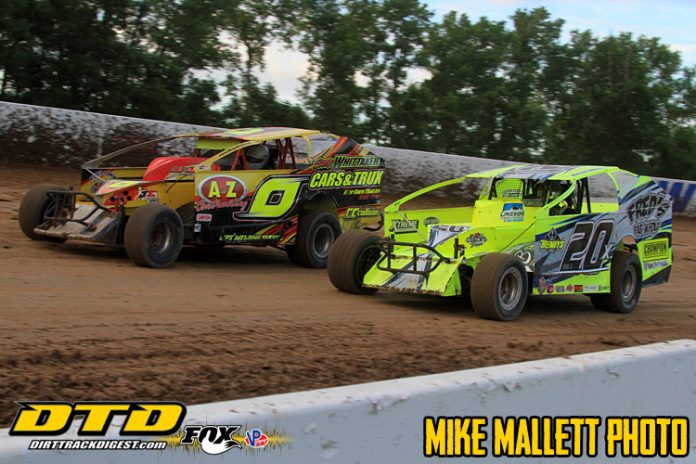 WEEDSPORT, NY – The Independence holiday brings families and friends together in honor of our great nation and Weedsport Speedway is set to welcome race fans to its annual holiday party known as the Sportsman Classic on Tuesday, July 3.

With just $20 carload spectator admission, fans are encouraged to bring the entire family with a full appetite to the 5th annual Sportsman spectacular, which will also feature the RUSH Dirt Late Model Series and the NY6A Microsprints.

The Weedsport Speedway Pavilion will be ready for action with several specials on tap.

The American Burger with roasted red peppers, the Red White and Blue Turkey Wrap and the Veggie Wrap are just some of the day’s specials along with the Strawberry Blueberry Cream Cake, the Strawberry Rhubarb Cobbler and the Hummingbird Cake; there is no doubt something for everyone at Weedsport.

The all-new Portside Pub will be prepped with several craft brew beers and other ice-cold selections as well as the many popular ice cream selections at the Sundays ice cream stand.

The Sportsman Classic provides the fastest and most affordable family night out in motorsports, with fantastic racing action on tap and a huge fireworks and LED light show to end the evening.

Interested in seeing your company listed in our press releases?  Be sure to cal; the Weedsport Speedway office at (315) 834-3067 for sponsorship and advertising information.