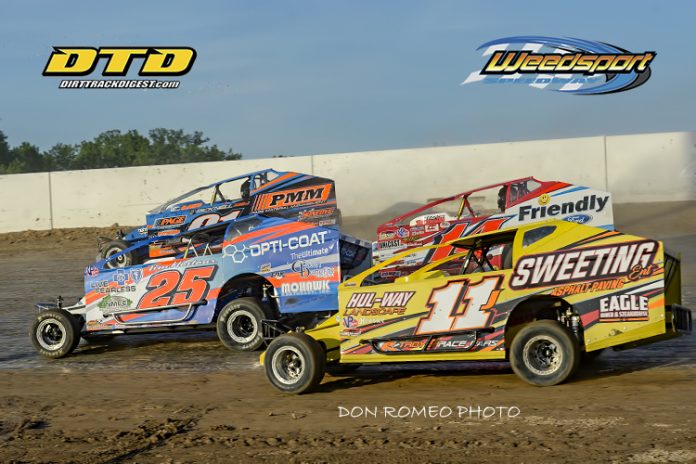 Fans purchasing reserved seats for either night of Hall of Fame Weekend by July 24 are able to redeem a free fan pit pass voucher in the main mid-way prior to action, giving them the ability to get up close and personal with the cars and stars of the Super DIRTcar Big Block Modified Series, Craftsman World of Outlaw Sprint Car Series and the Spano Container Sportsman Shootout Series.

Reserved seats for both nights of action are still available online at www.weedsportspeedway.com or by calling (315) 834-3067.


The Spano Container Sportsman Shootout Series will contend on both nights with a $1,000 cash bonus available to the top three average finishers across both events from Beyea Custom Headers.

The party continues the evening of Saturday, July 28 as the Portside Party will provide LIVE entertainment following the Hall of Fame 100 featuring Syracuse rock band, REV. Learn more about REV at www.facebook.com/rockwithrev.

Interested in seeing your company listed in our press releases? Be sure to call the Weedsport Speedway office at (315) 834-3067 for sponsorship and advertising information.
For more information on Weedsport Speedway, visit online at www.weedsportspeedway.com, follow on Twitter @WeedsportSpdwy and LIKE on Facebook.