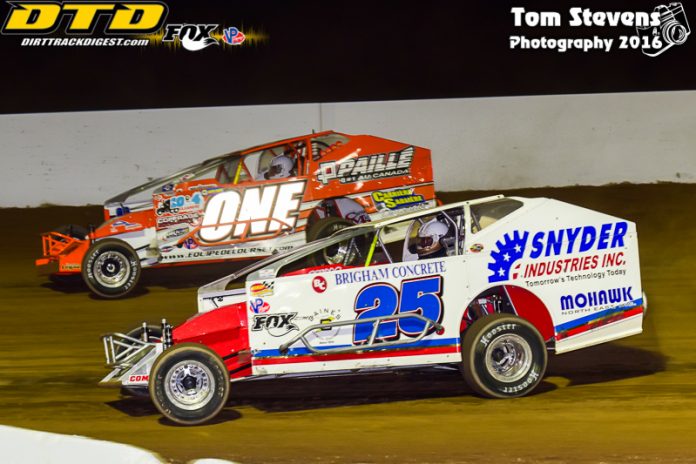 Boasting one of the most diverse racing schedules in all of the country, the DIRTcar 358-Modifieds now join a SPEED SPORT television series that has included the Super DIRTcar Series Big Blocks, USAC Sprint Cars, RUSH Late Models, and ESS Sprints.

“Unfortunately, weather forced us to cancel our Labor Day program, but that now gives us the opportunity to feature the DIRTcar 358-Modifieds and Super DIRT Week on national television,” said Weedsport Speedway promoter, Jimmy Phelps. “We’re once again pleased to work alongside Weedsport Productions, SPEED SPORT and MAVTV to highlight our facility and bring exciting open wheel racing to our fans across the country.”

The St. Lawrence Radiology 100 will be tape delayed and an airdate will be announced as soon as it is available.

MAVTV is now available in HD on DIRECTV and also on Fios by Verizon. Check your local listings for other availability.