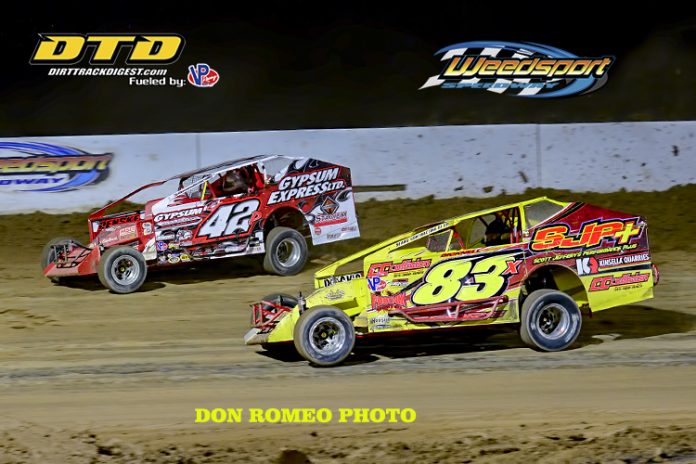 “Modified racing is obviously a staple of Weedsport Speedway and we could not be more excited to partner with Stirling Lubricants and Champion Racing Oil to offer a great series for Modified competitors in 2019,” said Weedsport Speedway promoter, Jimmy Phelps. “Pairing Modifieds with three of the top Sprint Car tours in the world and working with the Super DIRTcar Series is going to make this year’s schedule a can’t miss line-up for Big Block Modified fans.”

“We’re excited to be a major sponsor of the series of six Modified events to be held at Weedsport Speedway,” said Stirling Lubricant’s, Scott Baubie. “Stirling Lubricants is a 100-year old company that likes to help racers and speedways by sponsoring events.”


Founded in 1956, Champion Brands has been a globally recognized leader in specialty lubricants for over 60 years. Champion produces over 300 products for a range of markets including automotive, agricultural, heavy truck, and specialty markets. Their product line includes fuel, brake fluid, oil and engine additives, and lubricants.

To learn more about all that Stirling Lubricants has to offer, visit online at www.stirlinglubricants.com or call (585) 461-8310.

The night’s Modified main event will pay $3,000 to the winner with a $500 Small Block Challenge bonus presented to the highest finishing DIRTcar legal 358, tech pending.
The next series stop will be a part of the Super DIRTcar Series Heroes Remembered 100 on Monday, May 27, paying $7,500 to win.

Race three on the series schedule will again see the Modifieds paired with Sprint Cars as the mighty Mods will join Tony Stewart’s Ollie’s Bargain Outlet All-Star Circuit of Champions on Sunday, June 9 for another $3,000 to win special, coupled with a Small Block Challenge Bonus of $500.

Just one week later on Sunday, June 16, Modifieds and Sprint Cars will again be the headliners as the Stirling Lubricants/Champion Racing Oil Modified Series joins forces with the USAC National Sprint Car Series. The Modified main will once again hand $3,000 to the winner, with the third $500 Small Block Challenge Bonus of the season also in the mix.

After four races inside of a month’s span, the series will take a break for more than a month before returning on Sunday, July 28 with the Super DIRTcar Series Modified Hall of Fame 100, paying $10,000 to the winner.

The six-race series will conclude with the Super DIRTcar Series Modified Labor Day 100, paying $7,500 to win, on Monday, September 2.

Points will be tallied following the final race of the season with bonus cash being awarded to the Top 5 finishers in the Stirling Lubricants/Champion Racing Oil Modified Series standings.
The series champion will earn $2,000 with $1,500 going to second, $1,000 to third, $750 to fourth and $500 to fifth, plus contingency awards.

Ticket information will be available soon through www.weedsportspeedway.com.