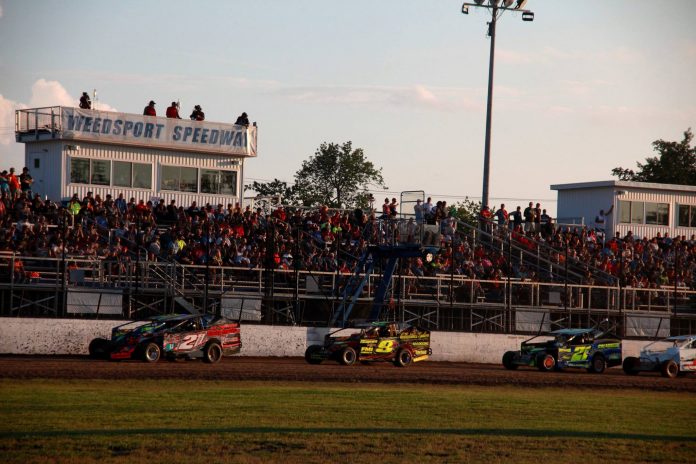 WEEDSPORT, NY – More than 20 dirt track racing machines took to Weedsport Speedway on Sunday afternoon in preparation for the 2019 season.

A host of Modifieds, Sportsman, 360 Sprint Cars, Mod Lites, 4-cylinders and vintage racers took advantage of some two hours of testing time on a beautiful afternoon.

Dave Marcuccilli and AJ Kingsley, newcomers to the 358 division in 2019, also joined the Modified ranks for the afternoon.

Chuck and Kelly Hebing took laps on Sunday in their 360-sprinters while the Sportsman were led by Brandon Ford.

Camping and tickets are currently available online for the 2019 racing season at www.weedsportspeedway.com.  Click on the “Tickets” tab at the top of the screen to learn more.