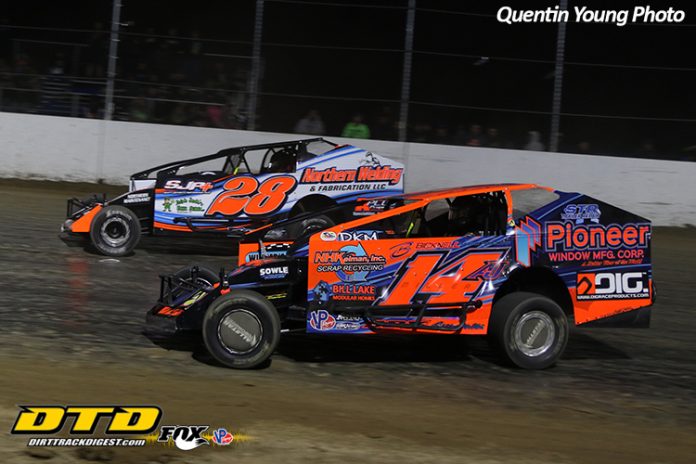 WEEDSPORT, NY – The 6th annual Weedsport Speedway Sportsman Classic, presented by Stirling Lubricants and Champion Racing Oil, will take place on Tuesday, July 2 with $2,500 on the line for the winner in a 75-lap DIRTcar Sportsman Central Region Series feature.

Racing will take the green flag at 7 p.m.

The crown jewel summer event will pit the very best in DIRTcar Sportsman action against each other in the biggest Sportsman race of the mid-season, with a huge fireworks display to end the night.

“This event has become a staple of our annual calendar,” said Weedsport Speedway promoter, Jimmy Phelps.  “We love being able to give the Sportsman top billing on a huge holiday event.  We hope everyone brings the entire family on Tuesday as we will have tons going on with a pre-race party, free kids admission, food specials and more, plus our always exciting fireworks.  The Sportsman combined with the RUSH Late Models and the NY6A Micros provide a packed racing card for only $15.”

With Central Region Sportsman Series features rained out at Fulton Speedway in April and Utica-Rome Speedway in June, Tuesday’s Sportsman Classic is set to be the second event on the Central calendar following Land of Legends Raceway on June 29.

Since then, the Sportsman Classic has become a must-see event for dirt track fans.

Last year Dave Marcuccilli once again rose to the top, becoming the first driver to score three Classic wins behind the wheel of his No. M1 machine, to go along with his 2015 and 2017 triumphs.

However, this year could feature a new-look event as former winners Marcuccilli and Ronnie Davis III have all moved onto Modified racing.

Pit gates will open on Tuesday at 4 p.m. with grandstand gates swinging open at 5 p.m.  Tim Herron will greet fans through the gate at 5 p.m. with LIVE music.

Tickets for all Weedsport Speedway events are now on sale through www.weedsportspeedway.com.  Simply click on the orange “Tickets” tab on the top right-hand portion of the main page for more information.