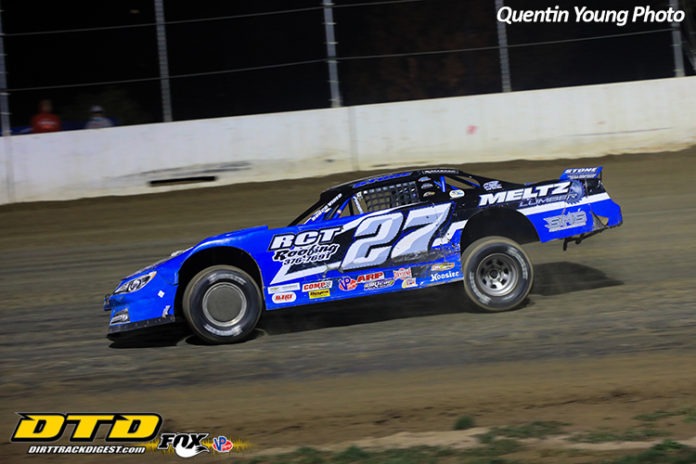 Stone started on the outside front row for the 25-lap feature and took the lead at the green. After having a few early race cautions, the call was made to have single-file restarts.

As the leader was in lap traffic, Horning grabbed the second spot away from Coonradt and started to go after Stone. Horning came close a couple of times to battle for the lead, but Stone was strong at the front of the field.

Stone would go on to score the win over Horning and Coonradt.

“This car was so good tonight,” said an elated Stone in victory lane. “I’m not surprised to see Horning and Coonradt there. We have had a phenomenal season.”

Runner-up Horning wished to have more laps to go after the leader.

“The lap cars were my downfall as I had a tough time trying to figure out what lines they were going to be running,” Horning said.

Coonradt said finishing in the top three at Weedsport is pretty cool.

“Racing the best in the division at Weedsport is cool,” Coonradt said. “I’ll take it finishing in the top three behind these two.”

36 DIRTcar Pro Stocks arrived at the pit gates for the final day of OktoberFAST.