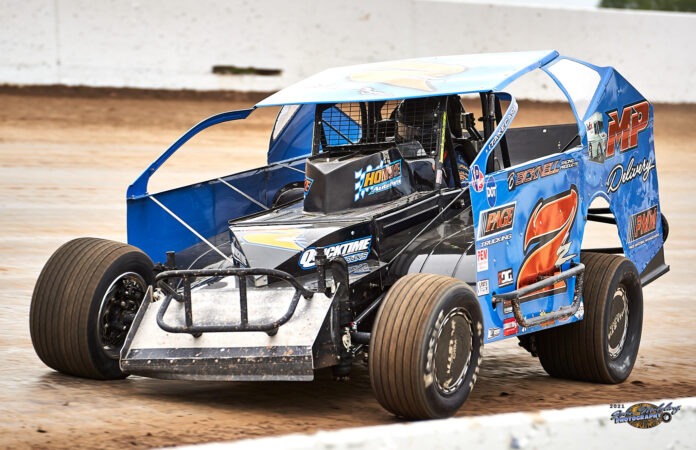 WEEDSPORT, NY – This Sunday’s events at Weedsport Speedway, featuring the 75-lap Sportsman Classic, will stream live on the internet via Weedsport Productions.

Coverage of the DIRTcar Sportsman, DIRTcar Big Block Modifieds and the NY6A 600cc Micro Sprints will begin at 5 p.m. EST on June 13, with an exclusive multi-camera viewing platform available for subscribers.

Not only will subscribers be able to tune into the night’s full broadcast, but viewers will also be able to choose between individual camera platforms including the leader camera, action camera, as well as live in-car cameras which will be positioned on select Sportsman and Modified race cars.

Subscriptions for this Sunday’s Sportsman Classic are set at $25 and can be purchased online at www.weedsportproductions.com/stream.  Once subscribed, viewers will receive an e-mail within 48-hours to watch the live stream.

“This is a unique way to be able to watch this Sunday’s Sportsman Classic, if you are not able to attend in person,” said Weedsport Speedway promoter, Jimmy Phelps.  “The ability for multi-camera viewing and our live in-car cameras are an added bonus as we look forward to refining our Weedsport Productions streaming capabilities throughout the season.”

The 7th running of the Sportsman Classic will open the DIRTcar Sportsman Central Region calendar and will pay $2,500 to the winner.

The DIRTcar Sportsman will be joined on Sunday by the DIRTcar Big Block Modifieds, for their second event of the season at Weedsport.

The Modified portion of the night will be 35-laps, paying $2,500 to the winner.  Heat race lineups will be determined by a blind draw, with a re-draw to lineup the main event.  DIRTcar 358 Modified competitors are also encouraged to participate, based on the ruleset listed below.

The NY6A 600cc Micro Sprints will also join the lineup, making for a three division card.

Tickets are already on sale for June 13 with reserved seating set at $30 and general admission seating available to those 18 and older for $25.  Youth general admission will be set at $10 with kids 10 and under free.

Pit admission is $30 for DIRTcar members and $35 for non-members.

Pit gates will open on Sunday at 3 p.m. with grandstand gates swinging open at 4 p.m.  On track action will begin at 6 p.m.

The Weedsport Speedway Campground is also now officially open for reservations for the 2021 season.

To reserve camping in 2021, visit online at www.campspot.com/book/weedsportspeedway.

DIRTcar 358 Rules in effect but must run at the following weights:


About Weedsport Speedway: Officially opened for the first time on July 24, 1955 – the Weedsport Speedway 3/8 mile dirt oval has produced a legendary list of drivers and champions including Will Cagle, Danny Johnson, Bob McCreadie, Alan Johnson, Jack Johnson, and Dave Lape to name a few.  In 2018, Weedsport introduced the all-new Weedsport Kartway, just outside of the Speedway’s main pit area, to begin to foster the next generation of racers, crew members and race fans.  Couple the racing with state-of-the-art camping and track amenities, unmatched on-site television production capabilities, plus the ability for large scale concert productions and Weedsport is one of the marquee entertainment venues in the country.