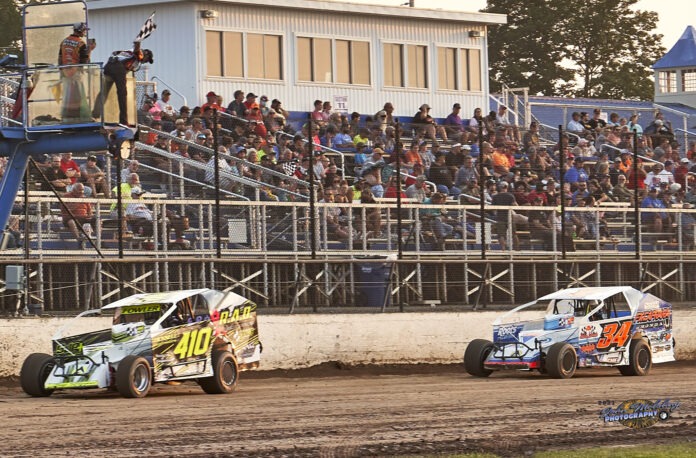 WEEDSPORT, NY – When the Super DIRTcar Series opens Weedsport Speedway’s 2022 schedule with the $7,500 to win Heroes Remembered 100 on Sunday, May 29, they will be joined by the DIRTcar Sportsman and the CRSA Sprints.

The Heroes Remembered 100 will be the third scheduled point event of the Super DIRTcar Series season and will welcome the brightest stars in Modified racing.  Last year, Mat Williamson hustled from fifth on the starting grid to pass Billy Decker with just 15-laps to go to claim the night’s top prize over Decker, Stewart Friesen, Justin Haers and Jimmy Phelps.

Part of the magic of the annual Heroes Remembered 100 however, is the support show that gets the opportunity to run alongside the Big Block Modified heroes of the day.  The DIRTcar Sportsman will be part of that supporting act, and they never disappoint.

Last year, it was Matt Guererri standing on top of Victory Hill on Memorial Day Weekend after leading all 25-laps in a green-to-checkered run over Brett Senek, Zach Payne, Dalton Rombaugh and Brian Calabrese.  Guererri’s victory a year ago was worth a cool, $1,000.

Joining Guererri as Weedsport Sportsman winners in 2021 were Payne, who took back to back wins including the lucrative Sportsman Classic, as well as Tyler Murray and Chris Mackey.

Guererri, Murray and Mackey can all be expected to be back on May 29 along with other top runners Zach Sobotka, Alan Fink, Tyler Corcoran, Brandon Carvey, Alex Payne, Andrew Buff, Mike Fowler and more.

Last year’s CRSA special on Memorial Day Weekend saw Bobby Parrow win a thriller over Darryl Ruggles and Jeff Trombley.  Each was able to run down early leader, Jordan Hutton, and then battle to the victory.

More than 20 cars are again expected on May 29, as the CRSA will officially open their season this Saturday, May 21 at Land of Legends Raceway.

Tiger Acoustic will be on the main stage prior to action getting underway on May 29.

Fans can purchase general admission or reserved seating online by visiting www.weedsportspeedway.com and clicking on the Tickets tab, which will redirect to MyRacePass.  From there, after clicking on the Get Tickets tab, fans are able to select the seats of their choosing.

Fans can also purchase tickets by simply searching for Weedsport Speedway at www.myracepass.com or by using the MyRacePass App.

Camping for the Heroes Remembered 100 is also available online by visiting www.campspot.com/book/weedsportspeedway.

Tickets for Weedsport Speedway’s events on July 24, August 21 and September 10-11 are also now available at MyRacePass.

About Weedsport Speedway: Officially opened for the first time on July 24, 1955 – the Weedsport Speedway 3/8 mile dirt oval has produced a legendary list of drivers and champions including Will Cagle, Danny Johnson, Bob McCreadie, Alan Johnson, Jack Johnson, and Dave Lape to name a few.  In 2018, Weedsport introduced the all-new Weedsport Kartway, just outside of the Speedway’s main pit area, to begin to foster the next generation of racers, crew members and race fans.  Couple the racing with state-of-the-art camping and track amenities, unmatched on-site television production capabilities, plus the ability for large scale concert productions and Weedsport is one of the marquee entertainment venues in the country. 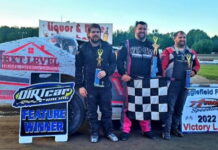