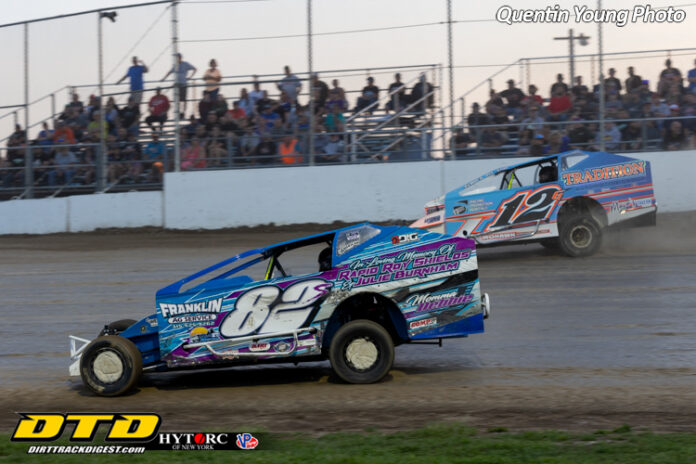 WEEDSPORT, NY – The eighth edition of the prestigious Sportsman Classic 75 will take place this Sunday at Weedsport Speedway, paying $2,500 to the winner of the 75-lap affair, presented by Stirling Lubricants and Champion Racing Oil.

The Sportsman crown jewel event will be the final of the season for the DIRTcar Sportsman Central Region schedule, as teams prepare for the Fall Championships to begin on September 23 at Albany Saratoga Speedway.

“This is a welcome opportunity to pair the Sportsman Classic with our Cavalcade Cup Weekend finale for the Super DIRTcar Series,” said Weedsport Speedway promoter, Jimmy Phelps.  “The Sportsman Classic has been a staple on our schedule for many years now and has really proven to elevate Sportsman competitors to the next level of the sport.”

On track action will begin at 6 p.m. this Sunday, September 11 with pit gates opening at 3 p.m. and grandstand gates swinging open at 4 p.m.

Previous winners of the Sportsman Classic include James Michael Friesen, Dave Marcuccilli, Ronnie Davis III, Jackson Gill and most recently Zachary Payne.  Sunday’s 75-lap event will be the third Sportsman event of the year at Weedsport.

Cody McPherson, the 2022 Hoosier Racing Tire Weekly Champion for the Sportsman division, won Weedsport’s opener back in May with a last lap pass of Noah Walker.  Walker would wind up settling for third that night behind Matt Janczuk, but settled in ahead of Tyler Corcoran and Chris Mackey.

Just last month the Sportsman returned and it was once again an instant classic.  This time it was Zach Sobotka slicing his way from third place to the win in the final two laps over Alan Fink, McPherson, Tyler Murray and Kyle Devendorf.

With a pair of podium finishes, McPherson has been the driver to beat at Weedsport this season and may be the odds on favorite come Sunday.  Sobotka, Walker and Fink have been close behind with Will Shields and Jordan Millard currently standing as Weedsport’s top finishers in two events.

Add in Central Region regulars David Rogers, Mike Fowler, Andrew Buff, Ricky Thompson and more and this Sunday’s Sportsman Classic will be another highlight of the 2022 season.

Tickets are already on sale for September 11 with reserved seating set at $35 and general admission seating available to those 18 and older for $30.  Youth general admission will be set at $15 with kids 10 and under free.

To reserve camping in 2022, visit online at www.campspot.com/book/weedsportspeedway. 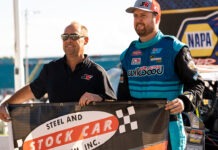 Partners on Board for DIRTcar Fall’s Big Races