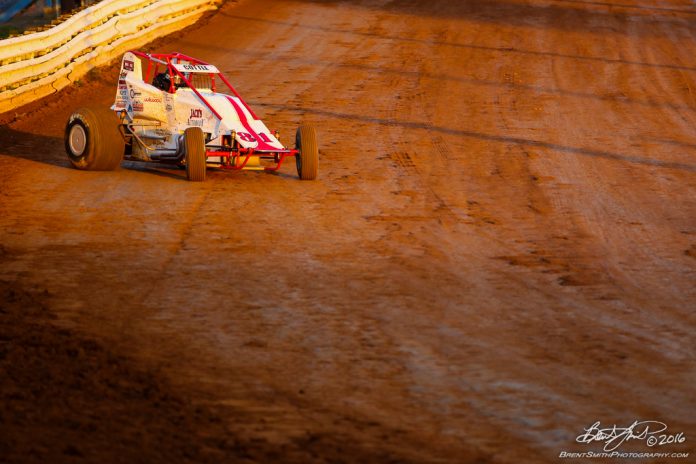 Williams Grove Speedway will continue the revival of a decades long event this Friday night, June 16 at 7:30 pm when for the second year in a row it brings back the Ted Horn/Bill Schindler Memorial race, sanctioned by the USAC Silver Crown Series.

The event was discontinued after the 1974 race that was won by Bruce Walkup of Downey, California.

And then last season, USAC and Silver Crown returned to the oval in a much-heralded apperance to revive the race and the Silver Crown stars and the race did not disappoint with Chris Windom of Cantonville, Ill., taking the prestigious championship event chased by the furious charge of Indiana’s Bryan Clauson.

First run in 1939 and known at Williams Grove as the “Sweepstakes Race,” the maiden winner was Vic Nauman of Lebanaon, Pennsylvania.

The race first took on the Memorial theme after Ted Horn of Cincinnati, Ohio, was killed in a racing accident at the Duquoin Illinois State Fairgrounds in October of 1948.

Bill Schindler’s name was then added after Schindlers untimely demise in a racing accident at Allentown, Pennsylvania, in 1952.

Schindler, a native of Middletown, New York, competed in the Indianapolis 500 during his career and scored a pair of victories at Williams Grove Speedway.

Horn, also an Indy 500 racer and a AAA circuit champion, was a 14-time Williams Grove winner during his career.

The USAC/ARDC Midgets will compete at Williams Grove on Friday night along with the USAC Silver Crown Series.

Schindler was the very first ARDC Midget Series president when it was founded in 1939 and he held the position through the 1946 season.

The USAC Silver Crown cars will compete in the 100-lap Horn/Schindler Memorial paying $8,000 to win out of a $34,000 purse, in honor of the late racing greats.

Prior to 2016, Silver Crown itself last competed at Williams Grove Speedway back in July, 1981, when Eddie Leavitt of Kearney, Missouri, scored the win.

Adult general admission tickets are $30 with youth ages 13 – 20 admitted for $10 and ages 12 and under admitted for free.