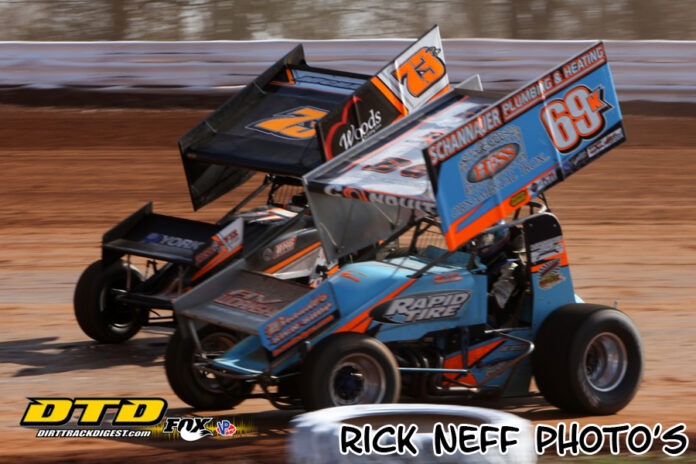 MECHANICSBURG, PA – Williams Grove Speedway has its focus set on Opening Day 2021 coming up in just over a month on Sunday afternoon, March 14 at 2 pm.

Presented by Hoosier Tires, the season opener for the Lawrence Chevrolet 410 sprint cars will be a sprint car only program paying $5,500 to win with gates opening at noon.

And fans will be treated to a pleasing $15 adult general admission price for what is sure to be a great field of sprinters on hand for the lidlifter.

Youth ages 13 – 20 will be admitted for $10 while kids ages 12 and under are always FREE at Williams Grove Speedway.

March includes two other racing programs at the track on March 19 and 26, both featuring the 410 sprints and the super late models with the March 19 event sanctioned by the ULMS Late Model Series.


Off-season work around the speedway has been ongoing to include electrical wiring and lighting upgrades and replacements.

The historic oval was resurfaced with new clay prior to the onset of winter.

The speedway made a major announcement in mid-December when it announced a revamp of its regular 410 and 358 sprint car purse structures for the 2021 season.

All Williams Grove Diamond Series races for the 410 sprint cars, of which 10 are slated, are paying a minimum of $6,000 to the winner including 1K from a sponsor.

And Williams Grove Speedway is paying the victor of 11 other weekly races for the super sprints a total of $5,500 for the top spot, again with 1K included from a sponsor.

Also posted were additional increases throughout all three regular sprint car purses while the 358 sprint cars got an increase as well.

Fans will be the winners at Williams Grove during the 2021 season as adult general admission prices for numerous programs that have been infused with cash have NOT been increased but rather decreased.