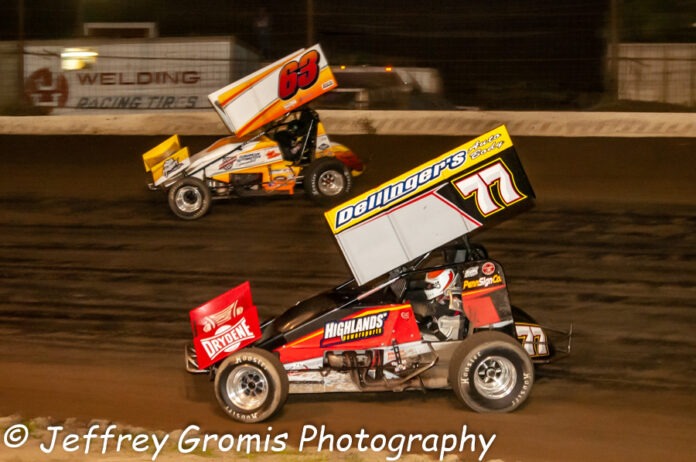 MECHANICSBURG, PA  – When the season for the HJ Towing & Recovery 358 sprints begins this Friday night at Williams Grove Speedway, its fair to say that a lot of eyes will be on just one driver, Derek Locke.

True, the Carlisle native is the two-time and defending track champion in the division.

And its also true that Locke never scored a 358 sprint win at Williams Grove Speedway until mid-way through the 2020 season before running his current career total up to 11.

But neither of those is the reason fans, teams and other drivers will have their sights set on third-generation driver Locke.

What they’ll be watching to see is if the 37-year old pilot can keep his remarkable, unrelenting Williams Grove win streak alive in the 20-lap main event.

If he can pull off the season lidlifter for the division on Friday night, Locke will have run his current string of wins up to 10 in a row.

No. 77 driver Locke only scored at the track for the first time in June of 2020 but then starting on September 25 of that year, the streak began.

Next came a sweep of the entire 2021 season of action, an unparalleled accomplishment.

“I don’t think it can be reproduced,” says Locke.

“Everything went our way last year.”

“It takes a good setup, good equipment, a crew that is very detailed and a lot of luck to sweep a season,” he says of his run last year before offering his thoughts on the fate that awaits his efforts in the weeks ahead.

“We have been racing long enough to know that racing luck is quite bipolar.”

Locke and his team fully intend to race the full 358 sprint schedule at Williams Grove this season but they also plan on entering the URC 360 shows that the track offers at well in 2022. 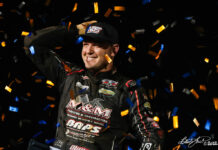 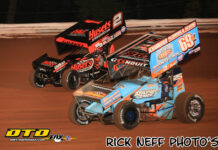