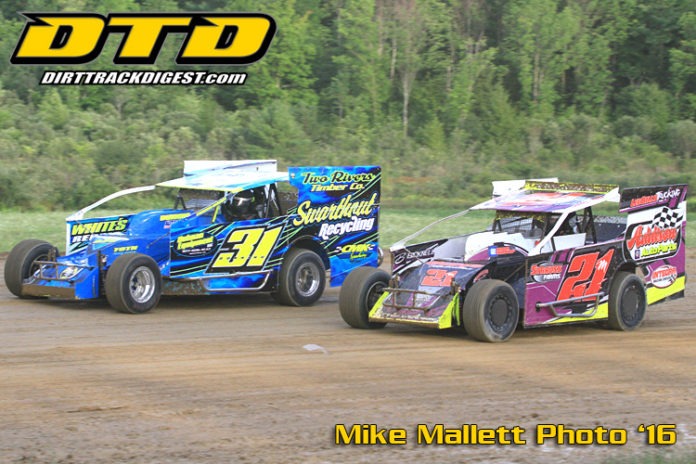 WOODHULL, NY – During last Sunday’s rules meetings held at the Woodhull Fire Department, Woodhull Raceway owners Ted and Brandi White and the technical rules staff were presented with the idea of changing up the draw format for the 2017 race season.

An active discussion took place between racers and track management, as each side wanted to come to an agreement on a solution that will support the interests of the weekly racer but also potential growth from the occasional Woodhull racer.

With those ideas in mind, Woodhull Raceway is proud to announce that for this coming season they will blend a draw/redraw format with a handicap system to line up the top twelve starters in each division feature during regular season points shows. The first three point races of the season and all non-point or show-up point events will still follow the draw/redraw format.

Once each division enters their fourth point show of the season, they will begin the new top twelve handicap system to line up the Feature event. Each driver will draw a number at the pit gate to determine their heat race starting position. Twelve cars will qualify out of the heat races and will be entered into the handicap, which will take an average of the money earned from the previous three weeks. Any handicap ties will broken based on the driver’s finish from the previous event. This will line up the lowest average of the top twelve on the pole and the highest average earned starting twelfth.

Drivers who have not competed in the previous three weeks will be scored with wins, along with disqualifications being scored as wins. Positions thirteen through twenty-four will be lined up heads up from their heat race finish. Heat race points (1st- 3, 2nd- 2, 3rd- 3) will still remain in place for this season.


The new qualifying format that will be implemented across all divisions will reward weekly drivers for their loyalty to the speedway, however occasional racers will still be able to draw for heat position and start no worse than the twelfth position if they qualify through their heat. Drivers amongst all divisions were supportive of the new format during their respective rules meetings, with many feeling that the hybrid format takes the best of both systems.

While the new system will lead to increased parity in Victory Lane, it will also spice up the heat races. Instead of the top three positions being the only spots that mattered based on points being awarded, a driver will now benefit in feature starting spot the higher they finish in their heat race if they do not qualify.