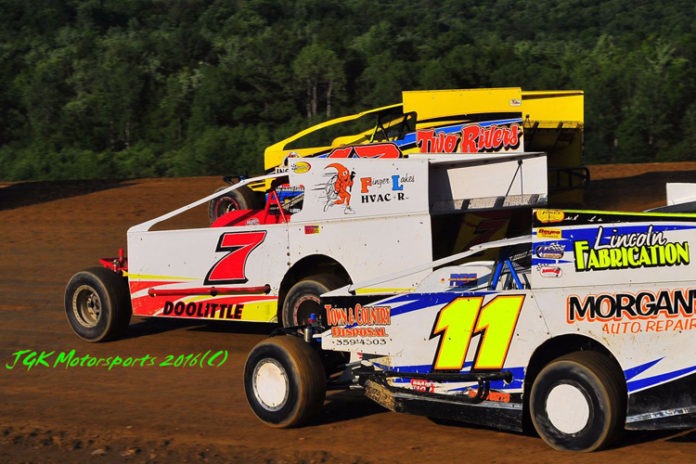 WOODHULL, NY – Competitors in the 370 Modified division at Woodhull Raceway again discussed the possibility of opening up the engine rules at the annual rules meeting held this past Sunday.

The opinions seemed to be split down the middle amongst the drivers in attendance. There has been a large movement in the Southern Tier Modified world to open up the rules to what is seen on the Short Track Super Series promoted by Brett Deyo. The “Deyo Rules” as they’ve been affectionately dubbed, would allow for several different engine combinations including Big Block engines.

Woodhull Raceway management and technical rules staff members opened the discussion to the drivers to see where the thinking was with the competitors. While the opinions seemed to be split, one driver brought up a concern about making a change like this in late January with only a few months left to prepare for the 2017 season.

It is with this concern that Woodhull Raceway has decided to table the discussion of rule changes until later this season in July. At that point in time, a meeting of all Modified teams and interested parties will be called to discuss any changes in engine for the upcoming 2018 season. Waiting until July to decided on changes would afford all teams and interested teams outside of Woodhull time to properly prepare to make the change to open rules.

“Our number one concern on this issue is assuring that if we make a change, we don’t put anyone at an immediate disadvantage when we would do so,” said Woodhull Raceway owner and promoter Ted White.

“This kind of change is one we don’t take lightly, but understand the interest in making the change. We look forward to discussing this change throughout the season and revisit it with our drivers in July.”

2017 will see the 370 Modifieds compete under the 2016 rules package with only minor changes, including the addition of the W-16 engine as an option. All rules for all divisions can be found on Woodhull Raceway’s website www.woodhullraceway.com/rules