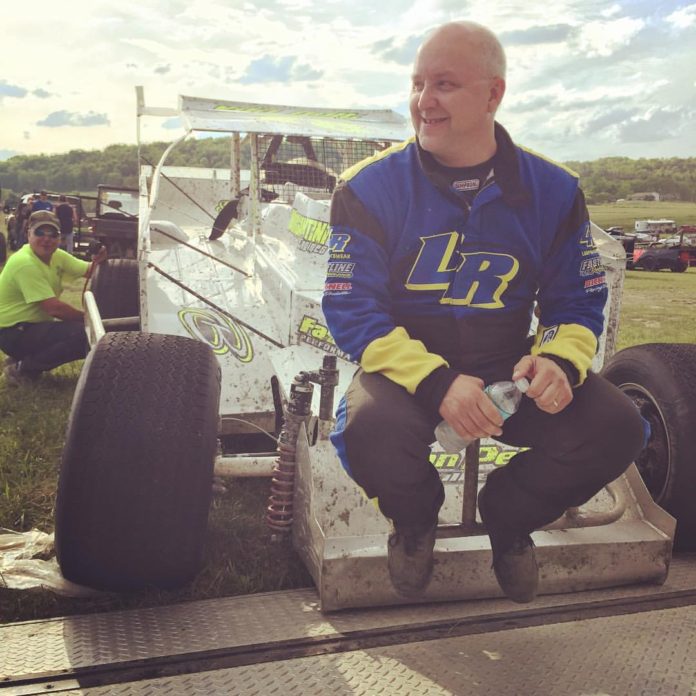 WOODHULL, NY – Westfield, Pennsylvania’s Billy Van Pelt has accomplished everything a driver can in a Modified on the High Banks of the Woodhull Raceway. The younger brother of another Small Block Modified legend in Curt Van Pelt, Billy was the star that wasn’t necessarily destined for greatness on dirt early in his career.

But a shot to drive a Modified owned by his father was all ‘The Deuce’ needed to launch a career on dirt that even Hollywood writers would appreciate. That career was honored back in late January, when Van Pelt was presented with the Lifetime Achievement Award by the New York State Stock Car Association in Albany.

In conjunction with the family-owned team, Van Pelt also drove a Big Block Modified at Tri-City Speedway for Butch and Lisa Rapp. Van Pelt won 2 features and finished second in points at Tri-City in the Rapp-owned ride.

But it was a switch in teams in 1999 that catapulted Van Pelt from perennial favorite to ‘legend status’- when he would start driving for Ted White’s race team out of Harrison Valley, PA. Van Pelt and White would amass 98 feature wins together, including Woodhull track titles in 2001, 2004, 2005, 2006, 2008 and 2009. The team picked up the coveted Area Auto Racing News Most Small Block Wins Award in 2005 for taking 12 small block victories.


‘The Deuce’ also shined on Kenny Shupp’s T-3 All Star Series trail, where the team racked up four-straight championship from ’05-’08. When the White family took over ownership of Woodhull Raceway the following year, Van Pelt then shifted gears to the well-known team owned by Kevin and Karen Chilson of Lawrenceville, PA.

In the Chilson-owned Bicknell, Van Pelt would win Woodhull championships in 2010, 2011 and 2012 along with accumulating 26 more feature victories in the Instant Heat Wood Pellets ride. When the Chilson team decided to scale back in the offseason prior to 2014, Van Pelt was very unsure of his racing plans. Would he be in a car? Would that car be competitive?

The answer to both of those questions was an emphatic yes, as Pennsylvania racer Grant Hilfiger came to the Woodhull legend’s aide and supplied ‘BVP’ with a fleet of cars capable of winning races and championships.

This team did just that- winning 20 races together in total, including Van Pelt’s second consecutive Lyle Sherwood Memorial that also doubled as his 200th career Small Block Modified victory. His 200th Small Block victory would be his last with Hilfiger, as Hilfiger will turn his attention to his thriving business enterprises and take a large step back from racing.

In all, well over 200 feature wins at 35 different race tracks across Small Block Modifieds, Big Block Modifieds, Sportsman Modifieds, Late Models and SpeedSTRs have all led Van Pelt to a well-deserved Lifetime Achievement Award this offseason presented by NYSSCA.

Van Pelt now turns his attention to his first season back aboard the Kevin Chilson-owned Bicknell, as these two pair up for the second time in their career- searching for Van Pelt’s record- 19th Woodhull Small Block track title. It won’t be easy though, as the competition level in the Modified ranks only gets tougher with each passing year.