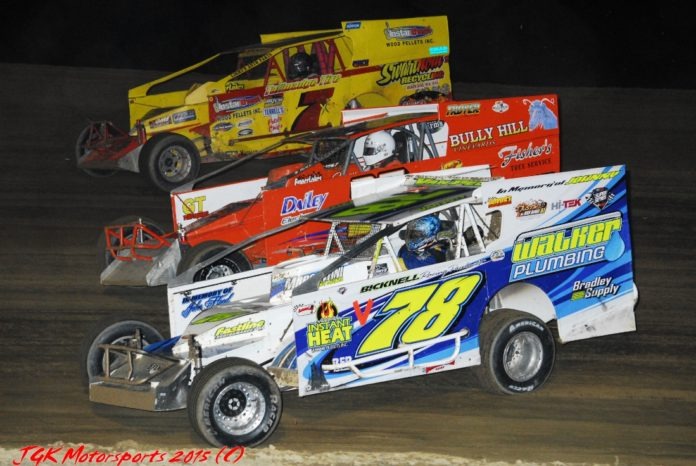 WOODHULL, NY – Wet weather in the forecast for the rest of the week, coupled with already wet grounds on the property has forced Ted and Brandi White to cancel this weekend’s scheduled practice session.

“The grounds are just too wet and we are expecting more Thursday and Friday,” said White Wednesday. “Our best bet is to hold off this weekend, hope for dry weather and a little wind up here on the hill wouldn’t hurt either. We don’t want to bring cars, haulers and fans into the facility to get stuck right out of the gate.”

All eyes will now shift to Opening Night 2017, which is slated for Saturday April 15th, 2017. Close Racing Supply will sponsor the evening’s festivities and will see the debut of the Crate Late Models running the RUSH rule package race for $1,000-to-win. Stay tuned to all of Woodhull’s media outlets this week for more information as they usher in a new era for Late Model racing on the High Banks.


Woodhull Raceway can be found in Woodhull, NY, just 30 minutes West of Corning, NY, competing weekly on Saturday nights from mid-April all the way until Labor Day Weekend. The track offers numerous special events including the Patriot Sprint Tour 360 Sprints and the Short Track Super Series Modifieds in late-August.