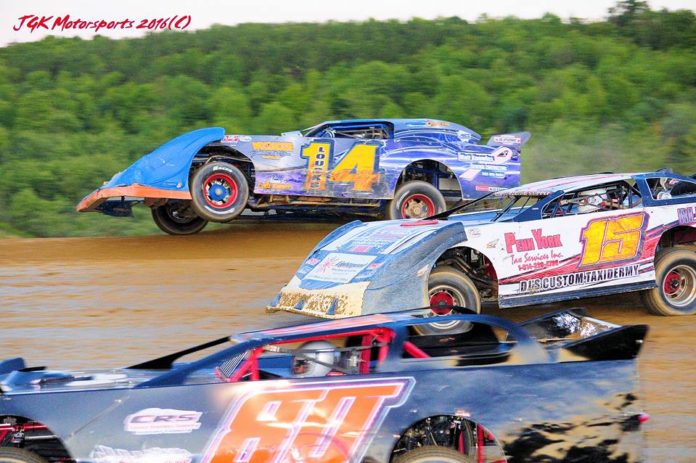 WOODHULL, NY – Spring has most certainly sprung on top of the hill on County Route 102 in Steuben County. Warm temperatures and steady winds have been helping dry up the remaining damp grounds at Woodhull Raceway, and the track is ready to open the gates for their 53rd consecutive season of on-track action at ‘New York’s Toughest Bullring.’

Woodhull kicks off the 2017 season with Close Racing Supply, as they will offer $1,000-to-win for the debut of the SWL Awards & Photos Crate Late Models. This is the first season in which the Crate Lates will be a weekly division of competition. Though not RUSH sanctioned for this season, the track will follow the RUSH rulebook, which can be found on the track’s website under ‘Rules.’

Located in Eldred, Pennsylvania, Close Racing Supply has been in business since 1996 supplying quality circle track components at competitive prices. CRS has a large inventory of parts for IMCA/UMP modifieds, Late Models, and Stock Clip Cars. They ship parts and components via UPS daily and accepts most major credit cards.

The Steuben County speed plant is not a stranger to Late Model racing, as many of the best in Crate Late Model competition got their start on the High Banks including last season’s RUSH Touring Champion John Waters. Some of the names that have passed through the gates at Woodhull include the Wonderling family of Mike, Mikie, Brady and Jeremy, the Knowles brothers Jason and Brian as well as their father Larry, Bryce Davis, Dave DuBois, Steve LaBarron and many others.

With many other Late Model tracks in the area not yet opened for the season, some of the best drivers in the area are expected to be in attendance. Plus you now add into the mix 2016 Street Stock track champion Kurt Stebbins, who transitions from the Street Stocks and 360 Late Models to Street Stock and Crate Late Model competition. Darin Horton also moves up from the Mini Stock ranks to pilot the beautiful white and purple No. 66 for this season, which should make for an incredibly competitive field.


Winners and champions all across the country depend on Close Racing Supply to power their machines to the checkered flag. CRS can be reached by phone at (814) 225-3250 or online at www.closeracingsupply.com or on Facebook at www.facebook.com/closeracingsupply

The Insinger Performance 370 Modified division will be off for this week and next week, with their season opener scheduled for Saturday April 29. There will be hot laps available for any interested Modified teams on Saturday during hot laps and after racing is complete due to the cancellation of Open Practice last weekend.

Woodhull Raceway can be found in Woodhull, NY, just 30 minutes West of Corning, NY, competing weekly on Saturday nights from mid-April all the way until Labor Day Weekend. The track offers numerous special events including the Patriot Sprint Tour 360 Sprints and the Short Track Super Series Modifieds in late-August.