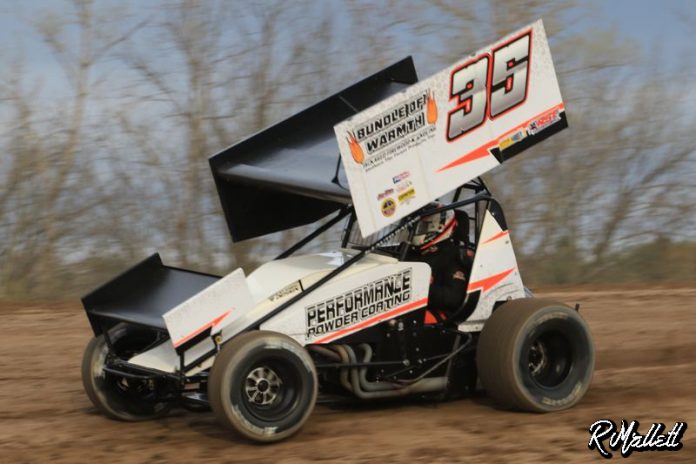 WOODHULL, NY – The A-Verdi Storage Containers Patriot Sprint Tour visited the high banks of Woodhull Raceway for the very first time on September 1st, 2007. This Saturday, May 13, will be the 18th visit of the tour to the Steuben County Facility.

Last season was a historic year for Jared Zimbardi and George Suprick as the two storied veterans scored their first Woodhull Raceway wins of their careers in the two tour visits to the facility.

Also making his 2017 PST debut will be four-time series champion, Bryan Howland, who is in his final year racing in 360 competition. Howland has been very successful at Woodhull scoring three wins in 2011, 2013, and 2015. Other drivers that have graced victory lane at Woodhull include Chuck Hebing, Justin Barger, Dan Shetler, and Bobby Breen.


This Saturdays show will be presented by PST Marketing Partner Evingham Site Excavation of Bolivar, NY. ESE has been instrumental with the Patriot Sprint tour as the Dash for Cash Series presenting sponsor over the last four seasons. The four-lap dash is made up of drivers who finished in positions 9-14 in our accumulated passing points program that takes place during our qualifying heats. A points program for the Dash for Cash series is scored all season, Dave Just was last year’s dash series champion.

Patriotsprinttour.com has been re-invented for the 2017 season thanks to Curtis Berleue Photography. The site includes results, points standings, series history and much more for your convenience. You can also follow @PatriotSprints on Instagram and Twitter, along by liking Patriot Sprint Tour on facebook.