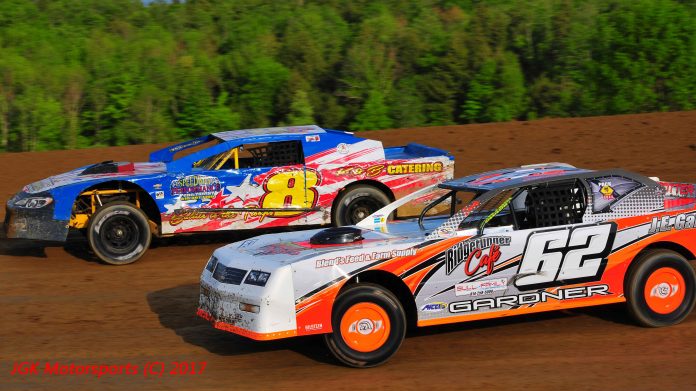 WOODHULL, NY – Woodhull Raceway is set for a big night on Saturday evening, as the annual Scott Dennison Memorial will take place sponsored by RLB Trucking. The memorial race will take place with the Street Stock division, with the Crate Late Models being given the week off from competition.

“This event is a special night for a lot of people at Woodhull Raceway,” said track owner and promoter Ted White.

“We make this event a priority, and with that, want to see this race carried out with a full field of cars and great competition to truly memorialize Scott’s passion for racing the right way.”

This race for the Joe Willcox Performance Automatics Street Stocks will be thirty laps in length, paying $600 to the winner. It will be a regular points-paying race, following the Woodhull procedure of drawing for heat positions and handicapping the top twelve drivers from the heat races.

Saturday night will also see the Street Stocks compete in their second of four Joe Willcox Performance Automatics Clash For Cash races. Six lucky drivers will drawn to compete in a six-lap dash, winner take all. Jared Hill picked up the first Clash For Cash victory several weeks ago.

Our weekly Early Bird Special runs from 4:30-5:30 and offers $1 off general admission. Woodhull Raceway offers plenty of space for free camping on site. The green flag for the first set of heat races will be dropped by Scott Lyon at 6:30.