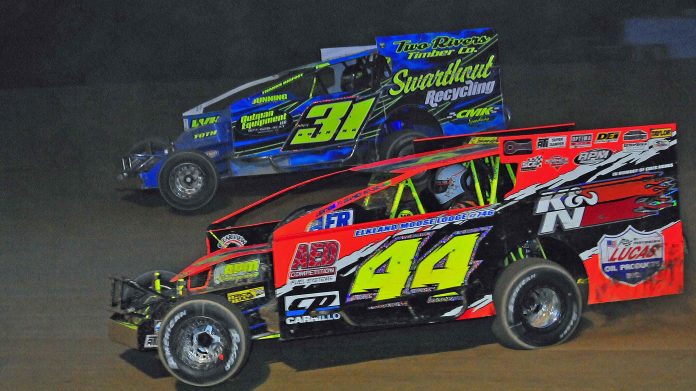 After the rules meetings wrapped up, track officials held a meeting to review several procedural changes for 2018. Changes including a new procedural rules for all restarts and a revamped handicap system- both of which are being changed to enhance the on-track product and provide a better show for the weekly fans in attendance.

The first change is a big change regarding restarts. 2018 will usher in a new era of “Delaware Double File” restarts throughout the entire race, as opposed to only being up to the halfway mark of the event. In a Delaware Double File restart, the leader of the race gets row one to their lonesome, with second and third place making up row two.

If consecutive cautions fall for incidents on the track, it will be at the discretion of race control and the on-track officials to call for a single file restart to keep the show moving. Once consecutive laps are put on the board, the race will resume double file restarts. Starts and restarts will also see a cone be placed exiting turn four on the frontstretch, with no car being able to make a pass until they reach the cone.

“This move is being made to increase the excitement of our races this season,” said Woodhull Raceway owner and promoter Ted White. “We’ve all been to races where there’s a yellow with five to go, a single file restart and then you have what you have. Our goal is for the fans to see the best show possible and this is going to make it exciting.”


In addition to double file restarts, the track’s handicap system is getting revamped as well. Last season, the handicap included points earned for heats and features. For 2018, the handicap will use a ‘money earned’ format, with the format listed below being used across all divisions to determine the handicap order.

Drivers will continue to draw for heat position at the pit gate, with the top twelve drivers in heat qualifying earning their handicap starting spot for the feature. This will allow drivers not following weekly action for points to join a weekly program and have a chance to start no worse than row six for the feature event. In the event that a division does not draw twelve cars, the entire field will be handicapped.

“We found last year that going by points didn’t really work out the best because there just wasn’t enough points gap in between positions,” said track Media Director Steven Ovens. “We listened to our racers and have come up with a money earned system that handicaps a win a lot more than it did in 2017. We had more winners with the handicap, we had four point races come within one point at season’s end, so we know this is the right way to go for 2018.”

The 2018 handicap system will be the same across all divisions and is as follows:

The points system for heats and features used in 2017 will remain unchanged.

The annual Arnot Mall Car Show in Horseheads, NY is planned for St. Patrick’s Day weekend, March 16th, 17th and 18th. Registration is open for this year’s show, drivers are encouraged to sign up early, as space is limited inside the confines of the mall. 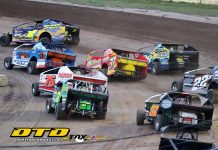 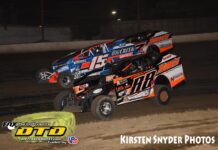