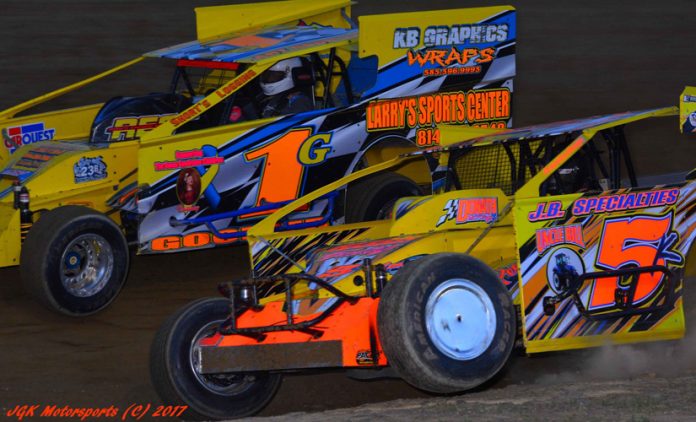 WOODHULL, NY – A forecast of day-long and evening rain on Wednesday – coupled with a much more favorable Thursday – has prompted Woodhull Raceway management to postpone the ‘Hustlin’ the High Banks 54’ to the scheduled rain date of Thursday, August 9.

The decision was made Tuesday evening to allow race teams and fans to adjust their schedules accordingly.

“Looking at all the weather forecasts, it’s showing 80-percent for rain on Wednesday and a much nicer day Thursday,” Woodhull promoter Ted White said. “We know there are a lot of people traveling to this show, so we wanted to make the call early.”

The racing community will have to wait 24 hours for the event presented by NAPA Auto Parts of Addison and Corning, Two Rivers Timber and Maple City Dodge.


Woodhull Raceway’s unique paperclip-shaped, one-third-mile layout offers a lucrative pay structure for STSS Modified racers. From first to last, an astounding $25,570 in cash will be distributed plus contingency awards and bonuses.

Plus, for series regulars, there is a $12,500 Halmar International North Region championship at stake. Woodhull marks Event No. 5 of the North Region.

There is a 60-point swing possible in all ‘regular season’ STSS events, as 100 points are awarded to a race winner and 40 for 24th-place on back.

The ‘Hustlin’ the High Banks 54’ marks the fourth STSS appearance at Woodhull. Each year, the race has provided fans with their share of excitement.

In 2016, Stewart Friesen made his first Woodhull appearance a winning one, edging local Dylan Dewert for the top prize. Two years ago, New Jersey’s Ryan Godown etched his name on the track’s win list after a dramatic three-wide battle for the lead that saw Andy Bachetti slide off the top of turn three.

Bachetti got his retribution in 2017, narrowly edging Anthony Perrego and Matt Sheppard in a race to the line.

Also on the program are the STSS Crate 602 Sportsman in a $1,000-to-win, 25-lap event. This is the second of five events in the North Region. Dale Welty won the opener at Afton (N.Y.) Motorsports Park on July 26.