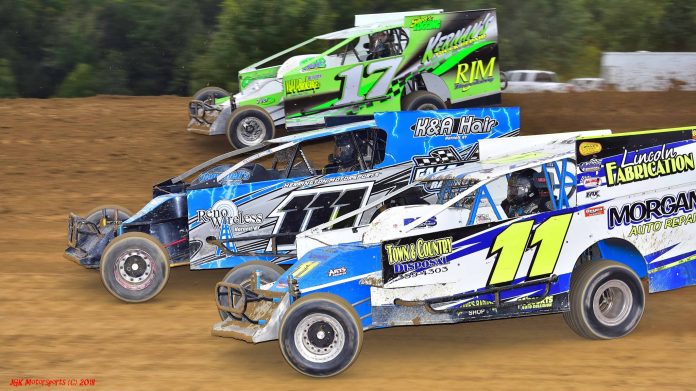 WOODHULL, NY – With a steep tradition of motorsports involvement from Daytona to the local short tracks across the country, NAPA Auto Parts is one of the most visible brands in sports marketing today. Woodhull Raceway is just one place where racers get to reap the benefits of ‘NAPA Know How’ during the 2019 race season.

The Addison, NY and Corning, NY locations will also be marketing partners for the August running of the ‘Hustlin’ The High Banks 55’ for the Short Track Super Series. A large crowd will be expected on hand to take in some of the best dirt modified drivers in the Northeast on the Steuben County clay.


Those $25 gift certificates are good for product purchases at the Addison NAPA Auto Parts location. Woodhull Raceway owner and promoter Ted White detailed the importance of great partnerships, like Woodhull has with the area NAPA stores, to help promote local short track racing and it’s drivers.

“Partners like the folks from NAPA help us provide a great racing product to our fans,” said White. “The way we do that is with the great racing talent that supports our track. We are thankful that the folks from NAPA are coming on board to help us support those drivers with programs like the heat race winner giveaways, Crate Sportsman King of the Ring and our Short Track Super Series event.”

When you win a NAPA Crate Sportsman heat race, you win twice as you take the three bonus points to add to your championship total, as well as the $25 gift certificate at night’s end.