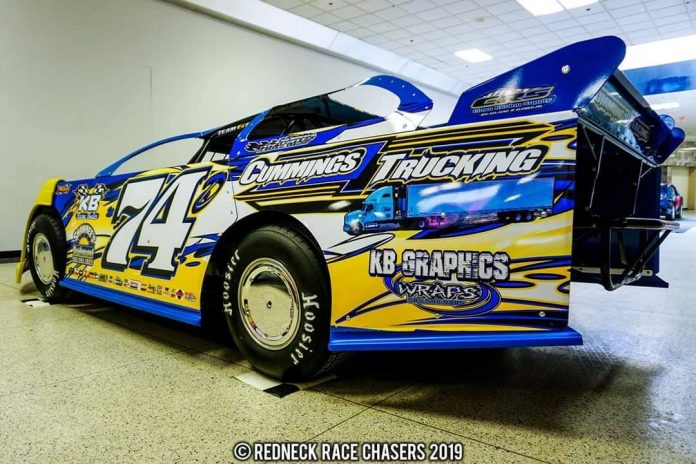 Located in Wellsville, New York, Dennis Cummings has been in the trucking business for 30 years with his company, Cummings Trucking. It’s a small business but they haul just about everything that you need moved from here to there.

Although numbers were small for the Crate Late Model class last year, they put on quite a show for Woodhull fans while seeing numbers increase over the course of the entire season. Steve LeBarron, No. 29 clinched the 2018 points championship by a mere 2 points over Jason Knowles, No. 4. Cummings wants the class to grow and is hopeful that this year will be a thriving year for this class.


Don’t miss any updates with our Rained Out Alert System. Send a text to 84483 saying “WoodhullAlert”. Message and data rates will apply.