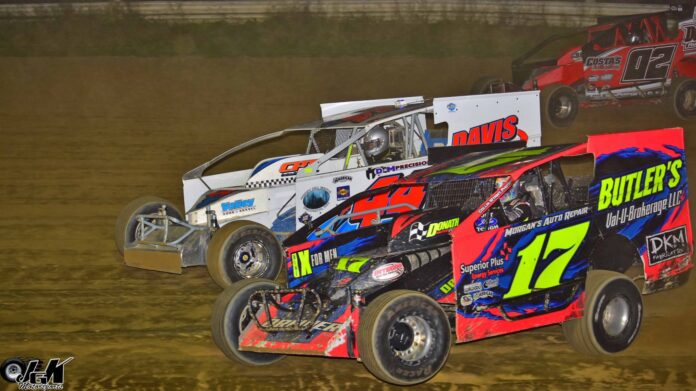 WOODHULL, NY – Woodhull Raceway owners and promoters, Terry and Niki Brewer are pleased to announce that the all-new track web site is available for the public to view.

“Our webmaster, Rob Symonds has worked diligently thru the holiday months in putting this new site together.  The previous site was getting out- dated and needed a total revamping and Rob has done an excellent job in doing so.”  That according to Niki Brewer.

The Woodhull Raceway web site now includes video, the complete 2022 rules, sponsor information, news and press releases, points and most importantly a new section where any interested parties can apply for various positions at the track.

“Last season was a real struggle trying to find employees that wanted to work on race days, claimed the Brewer’s.  We were constantly posting Facebook messages looking for workers, but few if any takers and right now it appears that 2022 could be an even worse case scenario as every business has help wanted signs hanging on the front door.”

In addition to the Woodhull Raceway, Niki and Terry Brewer are also owners of the Nik L Brew Restaurant in Canisteo as well as High up Trucking in Jasper, with both venues in need of additional help.


“We go thru this with our other businesses as well, stated Niki Brewer.  For whatever reason, the job market is in desperate need of workers, so everyone is in the same boat.  We need at least seventy-five employees to efficiently run the Woodhull Raceway on any given race night and we are scratching for people that want to work.  We are encouraging any potential employees to apply thru the web site.”

A complete listing of every position that the track has to offer is on the web, some spots are already filled, however an added pool of back-up workers is needed as frequently some of the regulars request a night off.

“One area that definitely need to be filled is in the announcer’s booth.  The current team of announcers are getting up there in age and no longer want to work every week.  The track is looking for at least one full time announcer and possibly a second.  We will even train the right applicant.  There are two or three people that can fill in periodically, but the current staff can no longer commit to an entire season.  I am also looking for a backup writer as there may be some weeks that I will not be able to fulfill the duties due to other obligations.”  That according to Kenny Shupp who oversees all the writing and Public Relations at the track.

In addition, several other key positions will need filling plus back-up including scoring, flagging, kitchen including cooks and wait staff, ticket sellers, 50/50 ticket sales and gate security.  No application will be overlooked.

Mike Bills, who currently heads up the technical crew has spent a great deal of his time over the past season completely dissecting the rule book and, in the process, made some necessary changes.

“The RUSH Late Models are already under their own rules and Codie Baker helped out with any FWD adjustments.  However, some of the stuff dated back into the mid-80’s and needed to be cleaned up and in the case of the Modifieds and Sportsman word clarification was updated.  Nothing real earth shaking, but just cleaning up some gray areas which will make any of our technical work more efficient.” That according to Bills.

Fans of the Woodhull Raceway are highly encouraged to take a firsthand look at the new web site which has been posted on the web at www.woodhullraceway.com.

It is anticipated that the 2022 schedule of events will be forthcoming sometime later in the month and when available will be posted at www.Facebook.com/WoodhullRaceway/ as well as the tracks web site. 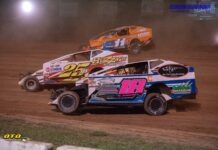