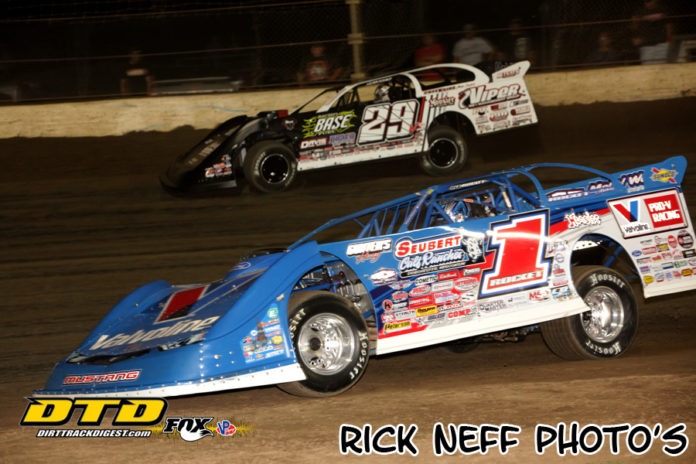 MECHANICSBURG, PA – The World of Outlaws Super Late Model Series will invade Williams Grove Speedway for just the third time in history, coming up this Friday, August 21 at 7:30 pm.

Also racing will be the Lawrence Chevrolet 410 sprint cars.

The super late model program will be part of the 2020 Civil War Super Late Model Series – North vs South, staged between Williams Grove and Selinsgrove Speedways and presented by RBS Auto & Trailer Sales and Modern Heritage.

The race will award appearance points only toward the overall 2020 Civil War Series title.

Current World of Outlaws point leader Brandon Sheppard of New Berlin, Illinois, has been dominant on the outlaws tour this season, holding 11 total wins to date.

The only other driver to win an outlaws late models event at the oval was Larry Phillips in 1988.

This weeks late model race at Williams Grove is sure to attract all the top tour drivers this season along with numerous local stock car stars.

Brent Marks of Myerstown enters this week’s sprint car races as the current Lawrence Chevrolet point leader while still seeking his first win of the year at the track.

Adult general admission for the show is set at $30 with youth ages 13 – 20 admitted for $10. Kids ages 12 and under are always admitted for FREE at Williams Grove Speedway.

The All Stars Circuit of Champions Sprints will roll into the track on Friday, August 28 for the Union Quarries Jack Gunn Memorial Twin 20s as part of the Hoosier Diamond Series.