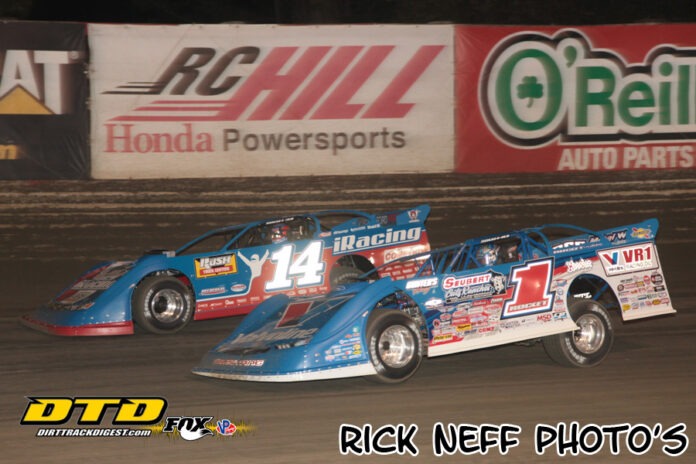 BARBERVILLE, FL –]Brandon Sheppard’s season-opening run at the Sunshine Nationals in January has only poured more fuel in the fire to claim another Big Gator championship trophy during the 50th DIRTcar Nationals. In part, that’s because it was his worst start to the season since joining the World of Outlaws Morton Buildings Late Models full-time in 2017.

He’s no stranger to success at Volusia, though. Sheppard and his Rocket1 Racing team won five straight races at the Florida half-mile from 2019 to 2020. He’s also a two-time DIRTcar Nationals Big Gator champion – his most recent Gator title coming last year.

Sheppard said initially it took time for him to find his rhythm at Volusia before going on a winning spree. With the new dirt that was put down on the track, he’ll have to learn it all over.

“It definitely changed the car up a bunch,” Sheppard said.


Few changes were made to his car for the 2021 season, he said. But with the new dirt, he and his team had to throw out their previous notes and start over.

During Sunshine Nationals, drivers found the best way around the new clay was to run up against the wall on both corners. Many described the feeling as sliding into the corner, feeling like there is no traction, but then the car finds bite and takes off – tricky, but fun.

The new way for racing the track threw Sheppard for a loop, at first, and forced him to change his driving style.

“Everyone knows I’m the first one that will go run a cushion wide open,” he said. “But it is a little different. The track is hard and slimy. It’s not that the cushion is fast, it’s just faster than the slick part of the racetrack. It doesn’t have that grip across the track like it usually does. It’s usually kind of patchy and have wet spots here and there and go where you can bounce off of them and get yourself going. Definitely different. We’ve been working hard to get things rolling again. I think we’ll be fine.”

He’ll have four chances to perfect a new Volusia set up with the World of Outlaws Late Models continuing its 2021 season with four straight nights of racing at Volusia during the 50th DIRTcar Nationals (Feb. 10-13).

He’ll also have four chances to get a better start on his hunt for a fourth Series championship – which would tie him with Josh Richards for the most Series titles. After Sunshine Nationals, Sheppard sits fourth in points, 26 points behind current Series points leader Kyle Strickler. He is also 10 points behind his closest points rival in 2020, Ricky Weiss.

And while the season is only two races deep, Sheppard said points are still a consideration – to an extent.

“You want to win races and the points will play out how they play out,” Sheppard said. “We’re going for the win every night. We’re not going to do anything crazy that’ll give us a DNF or anything like that.”

He may have had his worst start to the season in his career, but that’s had no hindrance on his confidence of being able to claim a third Big Gator title.

“We know our stuff is pretty fast,” Sheppard said. “We’ve been fast here the past few times. Confidence is up. We’ve just got to get to work. That’s all there is to it.”