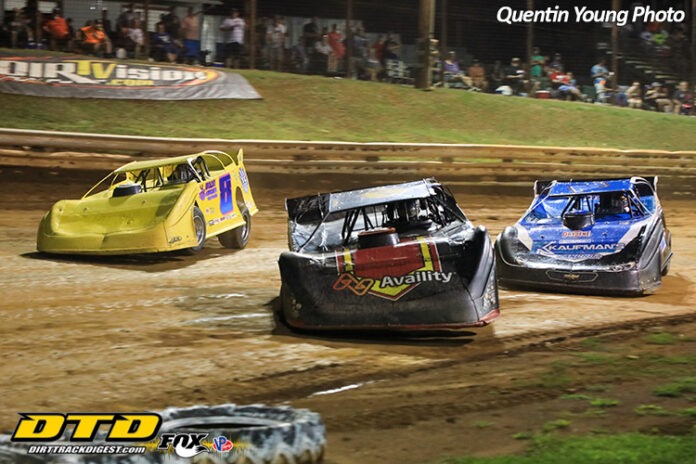 MECHANICSBURG, PA – The World of Outlaws Super Late Model Series will invade Williams Grove Speedway for the fourth time in history, coming up this Friday, August 20 at 7:30 pm.

Also racing will be the Lawrence Chevrolet 410 sprint cars on Leffler Energy Night at the track.

Previous winners with the World of Outlaws Late Models at the track have been Larry Phillips in 1988 and Brandon Sheppard each of the last two seasons.

And defending series champion Sheppard of New Berlin, Illinois, is on top of the pile again this season as the series rolls into Williams Grove this week.

Sheppard has been held to just four wins to date this season despite having 11 at this time last year however Sheppard is still the man to beat on the outlaws tour as he holds a 102-point lead over his closest challenger Chris Madden of Gray Court, South Carolina.

Rookie Tyler Bruening of Decorah, Iowa, is currently an impressive third in series points despite having no wins as he gets to the Grove.

Other winners on the tour this season have been: Dennis Erb Jr. and Brandon Overton with 3 each; Cade Dillard, Kyle Strickler, Frank Heckenast Jr., Bobby Pierce and Devin Moran, 2 each.

The Williams Grove 410 sprint cars will be returning to action on Friday after a week off.

Teenager Devin Borden is the most recent winner after taking the Billy Kimmel Memorial on August 6.

Fayetteville’s Lance Dewease currently holds a commanding 675-point lead in the chase to be the 2021 track champion.

Based in Lancaster, event sponsor Leffler Energy is a local heating, cooling and energy savings firm that keeps customers in central and eastern PA comfortable all year round.

Over the past 100 years, Leffler Energy has been serving home heating needs for oil and propane customers as well as managing AC needs while offering equipment installation and repairs.