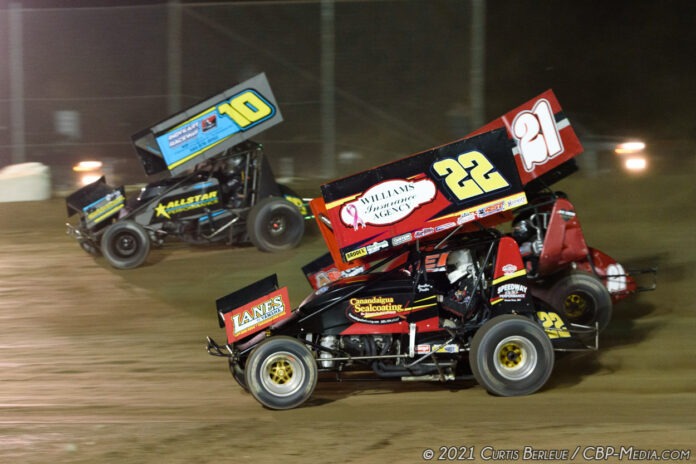 CONCORD, NC – A season of thrills and compelling action for the World of Outlaws Morton Buildings Late Models has all led to the NGK NTK World Finals at The Dirt Track at Charlotte on Nov. 4-6.

The Most Powerful Late Models on the Planet will battle on the red clay for three nights, starting with Qualifying on Thursday, Nov. 4, for Friday and Saturday’s Feature events.

The mega-event is back after a one-year hiatus, and fans who attend this year’s edition will catch a glimpse at history.

Brandon Sheppard has mathematically secured his third consecutive Series championship and fourth overall—tying Josh Richards for most all-time. However, he won’t officially claim the momentous achievement until the conclusion of the Morton Buildings Feature on Nov. 6. When he does, he’ll also be the only driver to win the title three years in a row.

The championship feats aren’t the only history he’ll be chasing, too. “The Rocket Shepp” is one victory away from tying Richards for the most World of Outlaws Late Model wins in Series history (78). A weekend sweep would put him at the top of the mountain with more wins than any other driver.

While Sheppard chases history, some of the best Late Model drivers in the country will try to deny him of it.

His year-long championship rival Chris Madden will get a chance at two more victories in front of his home fans. The Charlotte Dirt Track is only an hour from his Gray Court, SC dwelling. Madden has three World Finals wins and hopes to add another to his four-win season with the World of Outlaws.

Dennis Erb Jr. is another driver hoping to find Victory Lane for the fourth time in 2021—along with a second World Finals triumph. The “One Man Band” last found Victory Lane at The Dirt Track in 2017.

A few of year’s top performers such as Brandon Overton, Tim McCreadie, and Jonathan Davenport hope to find Victory Lane throughout the weekend, as well. All three drivers have a World of Outlaws win this season, including Davenport’s $50,000 triumph at Cedar Lake in August.

Overton and McCreadie are each having one of their best seasons in a Late Model. Overton has found Victory Lane 28 times in 2021, including five World of Outlaws wins, two Dirt Late Model Dreams, and a World 100 victory. “T-Mac” has nine wins in 2021, including a Series triumph at Richmond Raceway. The Watertown, NY driver also won a National touring series championship this season.

Those drivers, plus World of Outlaws standouts Tyler Bruening, Ricky Weiss, Ryan Gustin, Boom Briggs, and Brent Larson, hope to bring the house down on the biggest stage of the season. 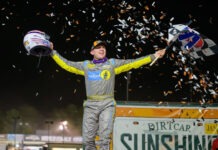