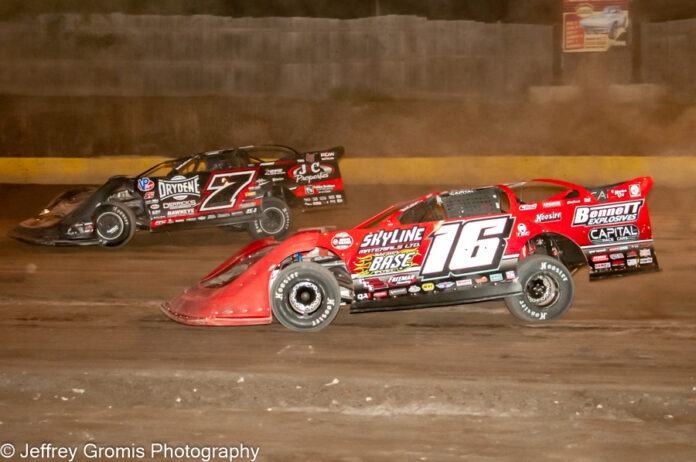 CONCORD, NC – English Football Manager Sean Dyche once said, “Consistency of performance is essential. You don’t have to be exceptional every week, but as a minimum, you need to be at a level that even on a bad day, you get points on the board.”

World of Outlaws Morton Buildings Late Models driver Tyler Bruening’s consistency helped him put points on the board in 2021—vaulting him to third in the standings.

It’s a position Bruening didn’t expect to be in when he joined the Series.

“To be honest, no, we really didn’t picture ourselves being third in the points and leading the Rookie deal,” Bruening said. “But I knew we could do it as long as we had some things go our way, we had a little luck, and we’ve been able to piece together a lot of good nights, and it’s what you’ve got to do to contend for a championship and contend for those wins.”


Bruening and the Skyline Motorsports team set realistic goals at the start of the season—goals they’ve met with one exception. He’s still searching for his first trip to World of Outlaws Victory Lane.

“Obviously, we want to win every night, and we feel like we’ve got a good enough race car to do that every night,” Bruening said. “Its just sometimes things don’t go your way, and sometimes everything does go your way, and a little bit of circumstance is going against you. We’re right there; we’re definitely competitive enough to get that first win.

“You got to be consistent, you got to have good speed, and you’ve got to have a good handling race car to be upfront to contend for those wins. We’ve had all of those things and pieces in place. It’s just literally just putting a whole night together.”

An area separating Bruening from the rest of the World of Outlaws regulars is he’s the only full-time driver that runs a Capital Chassis. While it may seem like a disadvantage, it keeps his team on a forward path at the track.

“Sometimes when you get a lot of your same chassis at a racetrack, or a lot of guys you’re trying to get information from, it can sometimes hinder you a little bit and second-guess yourself on what you should do and what you’re feeling with the car,” Bruening said. “At times, it makes your notebook a bit thinner, but, in all honesty, we just concentrated on the 16 car and what this car needs for me, and I think that’s shown pretty much all year.”

Bruening will venture into new territory at the NGK/NTK World Finals, racing at The Dirt Track in Charlotte for the first time. Despite not having laps on the 4/10-mile track, he still expects to end the season on a high note.

“To finish the year off the right way, to keep the momentum rolling into next year is definitely an important thing,” Bruening said. “I’ve never been to [World Finals]; I’ve been and attended the race, but I’ve never raced at the track, so I’m excited for the environment and the excitement that particular event brings, and we’re really looking forward to it.”

Even though he hasn’t reached Victory Lane, Bruening’s consistency gave him a season to remember and a milestone he’ll cherish for the rest of his career. By taking it one night at a time, he put himself on a path toward getting points on the board, no matter the adversity he faced.

“It’s been a long year; It’s been a long season. It’s just the second time we’ve ran a full tour like this, and each year it’s getting better and better,” Bruening said. “So, we’re looking forward to finishing off the year the right way and keep that momentum rolling into 2022.”

Bruening and the World of Outlaws return to action Nov. 4-6 at The Dirt Track at Charlotte for the NGK/NTK World Finals.

For tickets to the three-day event at the Charlotte Dirt Track, CLICK HERE.