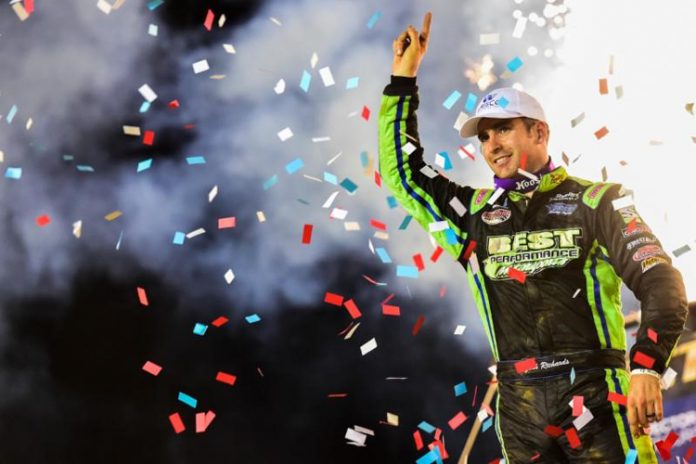 Four-time Series champion Josh Richards returns to the World of Outlaws Late Models in 2022, behind the wheel of a second car owned by fan favorite Boom Briggs.

Richards and Briggs are the first two drivers to sign Platinum agreements for the 2022 season with the help of four new sponsors that make the two-car team possible.

Joining the Briggs Transport team’s growing list of sponsors are Excess Storage out of Sterling, Ontario, Canada; P&W Sales from Longview, TX; Mike Tucker from Las Vegas, NV; and Trans 58 from Edinboro, PA. Briggs is continuing to seek sponsorship for the new tandem to be championship contenders.

“We have secured some sponsorship and are very grateful for it, but we are still looking for more partners,” Briggs said. “The Briggs Transport Family plans on putting a team together for Josh to contend for a championship in 2022.”

Along with Richards’ four Series championships, he also has more wins than any other driver in history, earning his 78th World of Outlaws Late Model Series victory in April when he found Victory Lane during Friday’s portion of the Bristol Bash.

He’ll battle four-time and reigning Series champion Brandon Sheppard on his quest for a fifth title and try to keep “The Rocket Shepp” from passing him for most wins all-time.

Richards and his championship rivals kick off the season on Jan. 20-22 at Volusia  Speedway Park in Barberville, FL, as the main attraction of Sunshine Nationals.