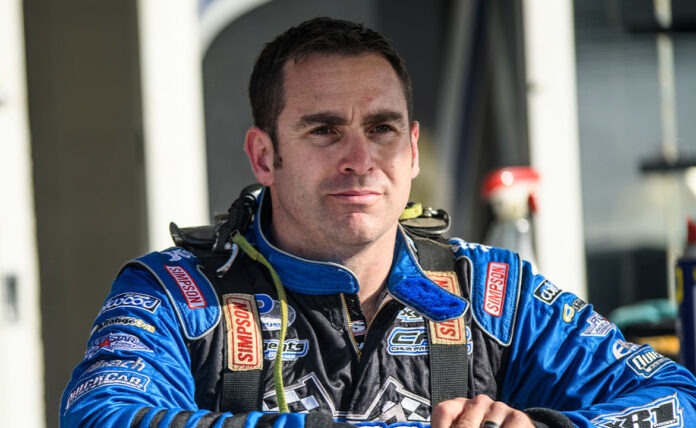 The Shinnston, WV driver made history in 2021, becoming the first driver to win a World of Outlaws CASE Construction Equipment Feature at “The Last Great Colosseum.” This weekend, he gets his chance to repeat as the Series returns to Thunder Valley for the Bristol Bash on April 28-30.

Another triumph puts Richards on a list only a few drivers are on—a multi-time Super Late Model winner at the iconic track.

But for “The Rocket Man” to repeat, he needs to be at the top of his game all night.

“There’s no room for any kind of error at all,” Richards said. “You’re going so fast that you need to be comfortable and confident in what you have. That’s key everywhere these days but there especially.”

Bristol is like Lebanon Valley Speedway, the high-banked 1/2-mile where Richards scored his first career World of Outlaws win in 2005.  He’s looking forward to returning to that type of track this weekend, which suits his driving style.

“It was neat going there,” Richards said. “The speeds are definitely high, and there’s nothing that compares to it. It’s what I like; I like fast speeds and all that, and we were fortunate to unload with a fast car and was able to tweak it a little bit and come out with a win.

“The next day, we struggled a little bit when the track blew off, but all in all, it was a good weekend, and we’re looking forward to going back.”

While Richards returns to Bristol with success under his belt, he enters the weekend driving for a different team in 2021—one owned by World of Outlaws fan-favorite Boom Briggs. The West Virginia competitor has struggled out of the gate in 2022, only having three top-10s in 10 races.

Despite the tough start to the season, Richards believes he’s starting to move in the right direction.

“We’re getting there,” Richards said. “There’s so many things behind the scenes that we’ve been fighting that no one’s been able to see. But these guys have done a phenomenal job, and I can’t thank them all enough for all they do. Hopefully, we can get it turned around for them.”

Richard’s hopes to turn it around at the site of his last World of Outlaws victory and another taste of glory at Bristol Motor Speedway.