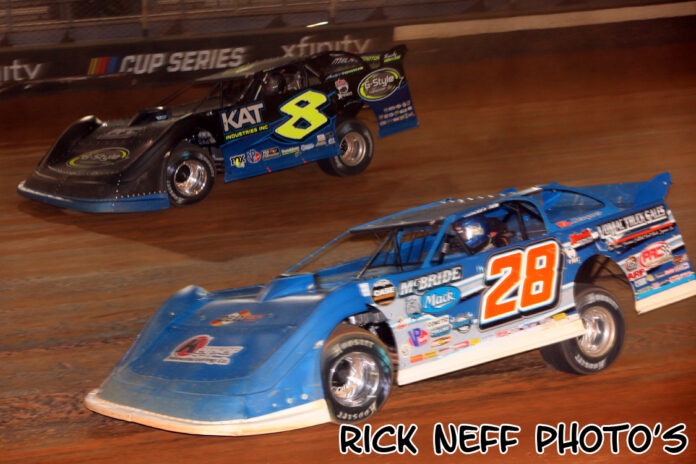 PONTOON BEACH, IL – As the calendar turns to June, the World of Outlaws CASE Construction Equipment Late Model Series visits The Prairie State for the first time in 2022.

Two nights of high-octane action in Illinois start Friday, June 3, as the Series visits Tri-City Speedway in Pontoon Beach, IL. $10,000 is on the line in a 40-lap CASE Construction Equipment Feature.

It’s only the second time the Series will race at the facility—the first in 2004 when three-time Series Champion Darrell Lanigan scored a victory on its 1/2-mile configuration.

Tri-City Speedway is also the home of current World of Outlaws full-time driver Gordy Gundaker. The St. Charles, MO driver is excited to race in front of his home fans.

“Man, I can’t wait,” Gundaker said. “It’ll be so nice to go home and race my home track in front of home fans and go to a place I know. I’m obviously super excited to get there and hopefully find a way to get our first Outlaw win.”

The event at Tri-City will also be the World of Outlaws CASE Late Models debut of NASCAR star Chase Briscoe.

He plans to pull double-duty in a Late model and Sprint Car as the MOWA Sprints and UMP Modifieds join the card.

The Most Powerful Late Models on the Planet finish the weekend with a trip to the Dirt Oval at Route 66, in another 40-lap affair paying $10,000-to-win.

It’ll also be the second appearance for the Series at the Joliet, IL track after Chris Madden dominated 2017’s Chi-Town Showdown.

Illinois driver Dennis Erb Jr. leads the World of Outlaws CASE Late Models into his home state. The Carpentersville, IL driver has a 98-point lead over Max Blair on the strength of a win, six top fives, and 11 top-10’s through 15 races.

Fellow Land of Lincoln competitor Kyle Hammer will also be in action. The Clinton, IL driver has shown he can hang with some of the best drivers in the country with a top-five at Volusia Speedway Park during DIRTcar Nationals.

Erb, Hammer, Gundaker, and the rest of the World of Outlaws hope to keep their momentum rolling as they battle toward the 2022 championship.

Don’t miss The Most Powerful Late Models on the Planet make their first stop in Illinois in 2022.